Sweet deal: Mars to pay $23B for Wrigley 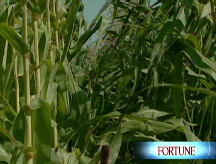 It will combine an assortment of the world's most recognizable candy brands - Mars' Snickers, M&Ms and Milky Way with Wrigley's Juicy Fruit, Lifesavers and Altoids - all under one corporate portfolio.

"The transaction builds the Mars business by strengthening and diversifying its confectionary business, and enhancing its potential for growth in the chocolate, non-chocolate confectionary and gum categories," Mars said in a written statement.

Mars will pay $80 cash per Wrigley share under the terms of the deal detailed in a Wrigley press release. The $80 gives Wrigley shareholders a 28% premium based on Wrigley's closing share price of $62.45 on Friday.

After the buyout is complete, Chicago-based Wrigley will operate as a subsidiary of McLean, Va.-based Mars and take over Mars' non-chocolate brands such as Skittles and Starburst, according to the press release.

Wrigley also will maintain its own headquarters and continue its civic and charitable endeavors.

"First and foremost, this is a great transaction at a great price that provides tremendous value to Wrigley stockholders," Bill Wrigley Jr., chairman of Wrigley's board, said in a written statement.

And Paul S. Michaels, Mars Global president, said, "This is not about being bigger - it's about being the best, and providing leadership and innovation across the full range of confectionary categories."

Warren Buffett's Berkshire Hathaway (BRK.A) is helping to finance the deal with a $4.4 billion subordinated loan and will make a minority equity investment of $2.1 billion in the newly created Wrigley subsidiary.

"Those of you who know me know that I have been a big fan of Wrigley's business model for many years, and I love their products," said Buffett. "Bringing together these iconic, world-class companies will result in a powerful force for innovation and growth in the global confectionary marketplace."

It is Wrigley's intent to see the transaction competed within six to 12 months, according to an e-mail Bill Wrigley Jr. sent to all Wrigley employees.

Wrigley's (WWY, Fortune 500) stock price rallied to more than $76 on news of the merger Monday morning.