Larry Page on how to change the world

Breakthrough ideas are around the corner, says the Google co-founder. But most of us are failing to take a chance on them. 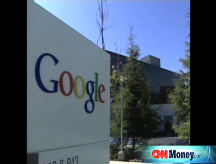 (Fortune Magazine) -- As president of Google, Larry Page has pushed his people to take risks that have led to hot new applications like Gmail and Google Maps. Lately he has been thinking far outside the walls of his company. Page sees a world of opportunity - in areas ranging from energy to safer cars. But he also sees a world of timidity; not enough people, he worries, are willing to place the big bets that could make a difference in meeting humanity's biggest challenges.

In these edited excerpts from an interview with Fortune managing editor Andy Serwer at Google's (GOOG, Fortune 500) headquarters in Mountain View, Calif., Page offers his views on innovation, change, fear - and why he is, all things considered, an optimist.

What are you thinking about these days?

If you ask an economist what's driven economic growth, it's been major advances in things that mattered - the mechanization of farming, mass manufacturing, things like that. The problem is, our society is not organized around doing that. People are not working on things that could have that kind of influence. We forget that it really does matter that we don't have to carry our water; it's not that much fun to walk miles and miles to try to find water and then carry it back under human power. And our ability to generate clean, accessible water is based on basic technologies: Do we have energy? Can we make things? My argument is that people aren't thinking that way.

Instead, it's sort of like "We are captives of the world, and whatever happens, happens." That's not the case at all. It really matters whether people are working on generating clean energy or improving transportation or making the Internet work better and all those things. And small groups of people can have a really huge impact.

How can we increase the number of people doing such work?

There are a number of barriers in place. Let me give an example. In our first founders' letter in 2004, we talked about the risk profile with respect to doing new innovations. We said we would do some things that would have only a 10% chance of making $1 billion over the long term. But we don't put many people on those things; 90% work on everything else. So that's not a big risk. And if you look at where many of our new features come from, it's from these riskier investments.

Even when we started Google, we thought, "Oh, we might fail," and we almost didn't do it. The reason we started is that Stanford said, "You guys can come back and finish your Ph.D.s if you don't succeed." Probably that one decision caused Google to be created. It's not clear we would have done it otherwise. We had all this internal risk we had just invented. It's not that we were going to starve or not get jobs or not have a good life or whatever, but you have this fear of failing and of doing something new, which is very natural. In order to do stuff that matters, you need to overcome that.

Are there mechanisms that society, government, or companies can put into place?

Absolutely - look at Silicon Valley, which has been the premier place in the world to do things like that. There's been a lot of money available and a lot of people encouraging other people to take risks. I don't know that we would have done it had we been in a different environment.

I don't think it's black-and-white like that. The question is, How many people are working on things that can move the needle on the economy or on people's quality of life? Look, 40,000 people a year are killed in the U.S. in auto accidents. Who's going to make that number zero or very, very small? There are people working on it.