By Colin Barr, senior writer
An accident waiting to happen 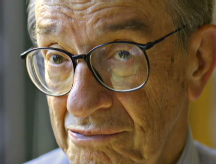 More Videos
No income? No problem 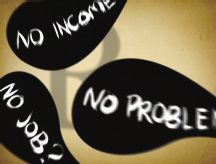 NEW YORK (Fortune) -- Fannie Mae shares took off after the mortgage lender said it expects to "feast" on opportunities created by the housing crisis.

CEO Daniel Mudd told analysts on a Tuesday morning conference call that the sharp decline in house prices will mean rising credit losses for Fannie Mae (FNM, Fortune 500) this year and next. Credit costs hit $3.2 billion in the first quarter, up from $3 billion in the fourth quarter, as defaults rose and recoveries on foreclosed properties fell. Those costs saddled Fannie with a $2.2 billion first-quarter loss, helping to explain why the company moved Tuesday to raise $6 billion in new capital and cut its dividend by 29%.

The latest setback marked Fannie's third straight quarterly loss. But losses don't tell the whole story, Mudd and other Fannie execs emphasized. They said Fannie's ability to raise prices and grab market share, in the wake of the collapse of many private mortgage firms, will help to compensate shareholders for their pain.

"We've got to get across a bridge where we don't miss the opportunities we have," Mudd said on Tuesday's call. "We will feast off this book of business we are putting on."

For instance, Fannie said the fees it takes to guarantee loans, as described by its weighted average G-fee, were up 24% in March from 2007 levels. Meanwhile, guaranty fee income rose to $1.75 billion in the first quarter from $1.1 billion a year earlier. Net revenue, reflecting guaranty, interest and other income, surged to $3.78 billion from $2.73 billion a year earlier. Like other financial institutions, Fannie is benefiting from the Fed's rate-cutting spree, which has created a bigger spread between the rates at which the company borrows and lends.

"Returns on our new business are well in excess of the cost of capital," finance chief Stephen Swad said.

Shares rose 6% in early afternoon trading as investors digested the comments. Fannie said the latest quarter was also hit by a $4.4 billion mark-to-market writedown of the company's derivatives and trading books, but Fannie said it has adopted new hedge accounting rules that it believes should reduce mark-to-market volatility in coming quarters.

Fannie also got more good news on the regulatory front, as its regulator, the Office of Federal Housing Enterprise Oversight, lifted a 2006 consent order tied to Fannie's accounting scandal earlier this decade. Once Fannie completes its $6 billion capital-raising effort, OFHEO will trim the firm's required surplus over minimum capital to 15% from 20%, giving Fannie additional capacity to make and guarantee loans. Mudd said the capital-raising move will let Fannie "go into the belly of this cycle" with $17 billion more capital than regulators require.

Having excess capital now is crucial for Fannie, because the company expects the housing bust to deepen over the next year and a half, Mudd said. The company said Tuesday it now expects to see U.S. house prices fall 15%-19% peak to trough, including a 7%-9% decline this year. Fannie had earlier forecast a 2008 house-price decline of 5%-7%.

Fannie's recognition that house-price declines accelerated in the first quarter forced the company to revise its 2008 credit-loss forecast for the second time. Fannie said it now expects losses to hit 0.13% to 0.17% of its portfolio, up from February's forecast of 0.11% to 0.15% and a previous projection of 0.08%-0.10%.

The combination of falling house prices, rising defaults and heavy leverage has some observers wondering how Fannie can be so optimistic. Peter Schiff, president at broker-dealer EuroPacific Capital in Darien, Conn., and a longtime critic of America's fiscal laxity, says he believes falling real estate prices will bankrupt Fannie and sibling Freddie Mac (FRE, Fortune 500), given their thin capital cushions amounting to just 5% of assets. "There's no way to avoid it," he says.

Schiff notes the weak recoveries on bank foreclosure sales - what the industry calls rising severity - as well as the firms' heavy holdings of nonprime loans in states with heavy speculative activity during the boom, such as California and Florida. Fannie said Tuesday that a third of its so-called Alt-A loans, those made to borrowers with better credit than subprime but often without full documentation, are in those states.

Fannie admits that those loans are a source of concern, but said it's working to mitigate the problems. The firm said it had a 56% workout ratio in March, reflecting its ability to keep troubled borrowers in their homes, execs said. "That's good for credit losses and good for stabilizing neighborhoods," chief business officer Robert Levin said.

For his part, Mudd said he wouldn't try to call a bottom on house prices, as "that's a fool's errand," he said. But he added that he believes that the worst of the shocks tied to the debt market unrest over the past year are behind us, and that "we're settling into working our way through the trough here."