Well, not quite. But the rocker is just one of the stars of Discovery Communications' tacky-yet-shrewd Planet Green network. 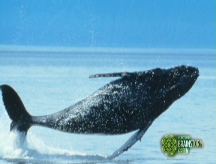 NEW YORK (Fortune) -- Until recently, celebrity rocker Tommy Lee didn't worry about the environment. He was too busy being one of his industry's foremost rude boys. Now the Motley Crue drummer thinks it's "really cool" to evangelize about how the earth is in trouble.

It's especially cool if you can spread the word on your own cable television show. Lee and rapper Chris "Ludacris" Bridges are the stars of "Battleground Earth," a reality show in which the two recording artists compete to see who is the more ardent protector of the planet. They take on challenges like recycling trash after an Oakland As game and cooking corn dogs to produce fuel their bio-diesel tour buses.

No, this is not MTV's latest offering for teen guys who want to take a break from playing "Grand Theft Auto 4."

The new network will be heavy on glitz and even a little tacky at times. But Discovery knows exactly what it is doing with Planet Green.

David Zaslav, Discovery's CEO, hopes to take the company, based in Silver Spring, Md., public later this year. Discovery is coming off a great year. Rich Greenfield, an analyst at Pail Research, notes that revenues rose 12% last year while earnings before interest, taxes, depreciation and amortization - a widely used profit metric in the media industry - climbed 30%. But he also points out that two of Discovery's ten networks - Discovery Channel and TLC - were responsible for much of this largesse.

If Discovery wants to keep growing like this, it needs to strengthen its weaker networks. One of the laggards happens to be Discovery Home, known (or perhaps not known) for its shows like "Licensed To Grill" and "Toolbelt Diva." The company is jettisoning Discovery Home and re-branding the network as Planet Green. "Discovery Home was stuck at the starting gates," Greenfield says. "This channel presents a significant opportunity."

This is a natural step for Discovery. The Discovery Channel had a big hit last year with "Planet Earth," a co-production with the BBC. This exquisitely-filmed series about the effects of global warming attracted an average of 5.1 million viewers on Sunday nights, a huge number by cable standards. Discovery took the show's success as a sign that the country was ready for a 24-hour network devoted to the environment, albeit one with the lighter touch than its flagship channel.

"The Discovery Channel addresses the science, the reason a crisis is at hand," says Eileen O'Neill, president of Planet Green. "Our network will inform, activate and inspire people though a very direct, entertaining approach."

Planet Green isn't likely to attract a huge audience. But that may not matter. Brad Adgate, senior vice president of research for Horizon Media, a New York-based ad agency, says advertisers are eager to reach people who care about the environment. "The type of viewers who turn into this network will probably be a little more upscale and well educated," he says. "They'll be a little more highbrow than the average TV viewer."

Never mind that much of what Planet Green will offer - reality shows, cooking shows, home improvement fare - is available elsewhere on cable television. The network's pre-launch success suggests that big advertisers are happy to write checks if this kind of programming has a green message. They may even be willing to underwrite Tommy Lee's corn dog cooking contest. No wonder he's joined the green movement.