Has Bernanke's success in calming markets clouded investors' view of the long road ahead? 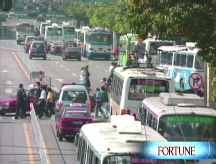 NEW YORK (Fortune) -- For a guy who supposedly has lost his credibility, Fed chief Ben Bernanke has been surprisingly effective in soothing stressed-out financial markets - maybe a little too effective.

Since the credit crisis began unfolding last summer, Bernanke has taken brickbats from all angles. When the Fed held interest rates steady back in August, some critics claimed Bernanke was "behind the curve" and that his failure to act quickly would lead to a deep recession. Once the Fed began cutting interest rates starting in September, others warned that the Fed was overreacting and risked fueling inflation with its monetary laxity. When the New York Fed led a rescue of Bear Stearns (BSC, Fortune 500), and the Fed began lending more freely to financial firms to prevent another bank run, there were doubts about the prudence of the decision to make loans using riskier nongovernment securities as collateral.

Yet for all the questions about the Fed's on-the-fly policymaking, Bernanke seems to have succeeded in calming down the markets. Stocks have rallied off their mid-March panic lows, and the spreads between risk-free Treasuries and private investments have narrowed sharply. "The Fed has been very creative," says Jeff Miller, CEO of investment adviser New Arc Investments in Naperville, Ill. He credits the Fed's rate cuts and its expanded lending to banks as having "stopped the spiral" of financial-sector problems that threatened to deliver a shock to an already slowing economy.

The question now is whether investors have taken too much comfort in the Fed's ability to keep markets functioning. While the Fed's willingness to lend to financial institutions should prevent another Bear Stearns-like calamity, some observers believe the last two months' rally reflects a rosier view of the markets and the economy than is warranted.

"A lot of complacency has come back into the market," says David Merkel, chief economist at broker-dealer Finacorp Securities. He points to the narrowing spread between the yields on two-year Treasury notes and A2/P2 commercial paper, the short-term borrowings of corporations deemed a satisfactory risk by Standard & Poor's and Moody's.

That spread was 190 basis points in March, as investors were fleeing privately issued debt ahead of the near collapse of Bear Stearns, and as much as 260 points back in December, shortly before Bank of America (BAC, Fortune 500) agreed to buy distressed mortgage lender Countrywide (CFC, Fortune 500). This week, the spread was 46 basis points, Merkel says. That means roughly that companies with low-A to high-triple-B credit ratings can borrow in the market for 90 days at about 3% - what he terms a relatively attractive rate.

The spread has narrowed even as the U.S. has continued to add jobs at an anemic rate while losing high-paying manufacturing jobs. At the same time oil prices have surged. The minutes of the Federal Reserve's April 29-30 meeting notes that recent economic data "continued to suggest that a substantial softening in economic activity was under way." The Fed said members of the Federal Open Market Committee expect a contraction in U.S. gross domestic product in the first half of 2008, with only modest growth returning in the second half as consumers cash and spend the fiscal stimulus checks the government started sending out this spring.

Yet even with sharp selloffs Tuesday and Wednesday inspired by the surge of crude oil past $130 a barrel, the S&P 500 is up 10% off its Bear Stearns-inspired lows on St. Patrick's Day.

"The euphoria in the equity market has been breathtaking in the past few months," Merrill Lynch economist David Rosenberg wrote in a report Monday. "Are we believers that this is sustainable? The answer is no."

He compares the recent run-up in stocks to a rally that followed the Sept. 11, 2001, terrorist attacks. Back then the S&P 500 jumped 21% during the six months that ended in March 2002, but the gains didn't last for long. The blue-chip index proceeded to lose a third of its value before it bottomed out in October 2002, as hopes for a quick economic recovery were dashed.

Rosenberg says expectations that the Fed will raise rates before the end of the year - investors in the Chicago Board of Trade futures market are putting a 57% chance on a 25-basis-point rise - are similarly misguided. The economist, who has said he expects to see the Fed's overnight lending target fall to 1% from the current 2% over the next year and a half, notes that the futures market priced in a sharp rise in the fed funds rate back in early 2002, only to see the Fed resume its rate cutting later that year as a rebound failed to materialize.

That's not to say all is doom and gloom. The U.S. has so far avoided an official recession even in the face of the housing bust, the surge in energy prices and the near collapse of a major investment bank. Other big economies continue to grow, if at a slower clip, boosting U.S. exports. Big financial firms have managed to raise billions of dollars in capital to offset some of the damage they endured during the past year.

But there's reason to believe there's more pain ahead. Merkel says he believes the overhang of unsold houses will keep housing and mortgage securities markets under pressure for at least another year. He also says history shows the slowing economy will likely lead to a spike in defaults among lower-rated corporate borrowers. Retailer Linens N Things was a recent casualty of the slowing economy and a hefty debt load, but it won't be the last. "We're not through that part of the typical credit cycle" yet, he says.

First Published: May 22, 2008: 4:32 AM EDT
Why inflation is not the big problem
The Fed's golden opportunity
Related Articles