Stagflation is back. Here's how to beat it

The world is running short on energy, food, and water. The answer: a massive dose of technology.

By Jeffrey D. Sachs, director of the Earth Institute at Columbia University
Sachs on inflation 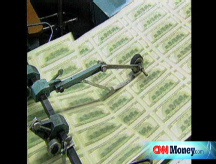 (Fortune Magazine) -- Three decades ago, in a bleak stretch of the 1970s, an economic phenomenon emerged that was as ugly as its name: stagflation. It was the sound of the world hitting a wall, a combination of no growth and inflation. It created an existential crisis for the global economy, leading many to argue that the world had reached its limits of growth and prosperity. That day of reckoning was postponed, but now, after a 30-year hiatus, at least a mild bout of stagflation has returned, and matters could get much worse. We are back to the future, with the question we asked 30 years ago: How can we combine robust economic growth with tight global supplies of such critical commodities as energy, food, and water? It's worth comparing the earlier episode of stagflation with our current travails to help us find our way. In fact, this time the resource constraints will prove even harder to overcome than in the last round, since the world economy is much larger and the constraints are much tighter than before.

The similarities with the first half of the 1970s are eerie. Then as now, the world economy was growing rapidly, around 5% per year, in the lead-up to surging commodities prices. Then as now, the United States was engaged in a costly, unpopular, and unsuccessful war (Vietnam), financed by large budget deficits and foreign borrowing. The Middle East, as now, was racked by turmoil and war, notably the 1973 Arab-Israeli war. The dollar was in free fall, pushed off its strong-currency pedestal by overly expansionary U.S. monetary policy. And then as now, the surge in commodity prices was dramatic. Oil markets turned extremely tight in the early 1970s, not mainly because of the Arab oil boycott following the 1973 war, but because mounting global demand hit a limited supply. Oil prices quadrupled. Food prices also soared, fueled by strong world demand, surging fertilizer prices, and massive climate shocks, especially a powerful El Niño in 1972.

Here we go again. Oil prices have roughly quintupled since 2002, once again the result of strong global demand running into limited global supply. World grain prices have doubled in the past year. Just as in 1972, the recent run-up in food prices is aggravated by climate shocks. Australia's drought and Europe's heat waves put a lid on grain production in 2005-06. Even the politics are strangely similar. In both 1974 and 2008, an unpopular Republican President, battling historically low approval ratings, was distracted from serious macroeconomic policymaking. The country was adrift.

Then as now, Dick Cheney was close to the helm. What's more, the erroneous lessons he took away from the 1970s contribute to the problems that haunt us today. Cheney was Gerald Ford's chief of staff in 1976, when soaring oil prices helped doom Ford's reelection campaign. Cheney became obsessed with the fight to control the flow of Middle Eastern oil. That obsession, which by many accounts contributed to Cheney's urge to launch the Iraq war, has made the United States much more vulnerable in terms of energy, not only by tying the United States down in a disastrous military effort but also by diverting attention from a more coherent energy strategy.

The first stagflation was overcome at very high cost, including 15 years of slower global growth. While the world economy expanded by about 5.1% during the period 1960-73, it grew by a much slower 3.2% during the period 1973-89. A lot of the slowdown had to do with the worldwide profit squeeze and restraint on investments, jobs, and growth caused by tight energy supplies. A side effect of rising oil prices was to heighten financial turmoil, since central banks around the world, including the Federal Reserve, initially tried to use monetary expansion to overcome the supply-side constraints. The result was inflation rather than a restoration of economic growth. That is a key lesson for today, at a time when the Fed seems intent on lowering interest rates despite fast-rising commodity prices. There are limits to what a central bank can do in the face of a severe resource squeeze.

The first episode of stagflation opened a great debate about the global adequacy of primary commodities, especially energy and food. In 1972 the Club of Rome published its manifesto, "Limits to Growth," which predicted that the global economy would "overshoot" the earth's natural-resource limits and subsequently collapse. Yet once the world economy surmounted the extreme stagflation and returned to lower inflation and stronger growth from the mid-1980s onward, it became fashionable to dismiss the earlier fears of resource pessimism. Critics mocked "neo-Malthusians," who, inspired by the warnings of the late-18th-century thinker Thomas Malthus, predicted that society would outstrip the earth's carrying capacity. Didn't the Malthusians know that scarcity would generate new resource discoveries, new substitutes for scarce commodities, and new technologies?

Now the debate has returned with a vengeance, and a careful look back to the first stagflation is a sobering one. Yes, the world economy surmounted the stagflation, but not easily and not robustly. To an important extent, the workarounds on resource constraints were themselves limited and are showing decided strains today. We are not exactly running out of resources, but we are once again running up against serious resource and ecological limits that can hold back global economic progress. We will need to put a much greater priority on easing those constraints.

Conventional oil supplies will remain tight in the years ahead. New discoveries will not suffice. World crude-oil production nearly tripled in 1960-73 (from 21 million barrels a day to 56 million), but has grown a mere 30% since then, to around 73 million barrels per day in 2006. In fact, Persian Gulf crude-oil production stopped growing entirely after 1974, peaking at around 21 million barrels per day. Discoveries and production increases outside the Middle East rose only modestly and now in many cases are in decline in such fields as Britain's North Sea and Alaska's North Slope.

The simultaneous food scarcity of the 1970s proved to be shorter-lived than the energy scarcity, since the 1970s ushered in a nearly worldwide "green revolution" of higher grain yields, based on the adoption of improved seed varieties, intensive inputs of fertilizer, and vast increases of irrigation. The achievement was stunning but also not without its limits. Many areas of increased food production, such as in India and China, have relied on massive pumping of ground water for irrigation, and that ground water is being depleted. Heavy use of fertilizer, often inappropriately applied, has also proved to be an environmental threat in some parts of the world, as runoff creates dead zones in places like the Gulf of Mexico.

To make matters worse, human-made climate change is now adding enormous risks to global food production. Today's dry land regions, as varied as the U.S. Southwest, the Sahel of Africa, the Mediterranean, and Australia, are facing the increased frequency and severity of droughts, with hugely adverse consequences for global food security. A host of other global environmental problems also threaten the global food supply: disappearing glaciers (which feed rivers and irrigation), temperature stress, soil erosion, destruction of fragile habitats, and the loss of biodiversity, including the dramatic decline of birds and insects that pollinate food crops.

The climate-change challenge is incomparably greater than in the 1970s. In 1973 the world emitted roughly 17 billion tons of carbon dioxide from fossil-fuel use. Today the world emits roughly 30 billion tons from those sources. The atmospheric CO2 concentration, which stood at 325 parts per million (ppm) and was rising at roughly one ppm each year in 1973, has risen dangerously, to 385 ppm and now increases by 2.4 ppm each year.

The implications are clear and sobering. Our global resource binds are much tighter now than in the 1970s, because the world economy is that much larger, the resource constraints are tighter, and quick fixes are harder to find. In 1974 the world population was four billion, and total world income was around $23 trillion (in today's dollars adjusted for purchasing power). Now the world population is 6.7 billion, and the economy is around $65 trillion. The same annual growth rate of the world economy, say 4% per annum, requires vastly more natural resources - energy, water, and arable land - than in the 1970s and poses much larger risks for the world's climate and ecosystems.

We are therefore facing a prolonged period in which global economic growth will be constrained not by broad macroeconomic policies or market institutions, nor by limits of global trade, nor by the general ability of today's emerging markets to invest in new industries. The more pressing limits will be in resources and a safe climate. It took 15 tumultuous years to overcome the limits on energy and food after 1973. Unless we act more cleverly today, we could face an even more harrowing and prolonged adjustment ahead.

Fortunately, there is a better way forward than we took after 1974. We need to adopt coherent national and global technology policies to address critical needs in energy, food, water, and climate change. Just as we invest $30 billion of public funds each year in the National Institutes of Health, we should invest at least as much each year in a new National Institutes of Sustainable Technologies. Just as private biomedical firms live in a kind of symbiosis with NIH, the energy and food sectors should be backstopped by a major public effort to promote sustainable technologies.

There is certainly no shortage of promising ideas, merely a lack of federal commitment to support their timely development, demonstration, and diffusion. Solar power, for example, has the potential to meet the world's energy needs many times over, and engineers are closer than ever to cutting costs and solving the problems of intermittency (cloudy days), nighttime storage, and long-distance transmission from sunny deserts to population centers. High-mileage automobiles (like plug-in hybrids with advanced batteries), green buildings, carbon capture, cellulose-based ethanol, safe nuclear power, and countless other technologies on the horizon can reconcile a world of growing energy demands with increasingly scarce fossil fuels and rising threats of human-made climate change. As for food supplies, new drought-resistant crop varieties have the potential to bolster global food security in the face of an already changing climate. New irrigation technologies can help impoverished farmers move from one subsistence crop to several high-value crops year round.

Yet as promising as these alternatives are, we have not been investing enough to bring them to fruition. While we squander hundreds of billions of dollars in Iraq, the U.S. government spends a mere $3 billion or so per year on all its energy research - around 36 hours of Pentagon spending! Yet it will be the new technologies, deployed quickly and on a global scale, that offer the real keys to energy and food security, and the chances for sustained economic development globally. In the years ahead, technological development, with both public and private funding, must become a core part of our national economic and security arsenal.

Jeffrey D. Sachs, director of the Earth Institute at Columbia University, is the author of "Common Wealth: Economics for a Crowded Planet." His first book on resource constraints and economic growth was "Economics of Worldwide Stagflation" (1985), co-written with Michael Bruno.