Crude prices fall after China says it will raise gas and diesel prices and sentiment spreads about softening demand. 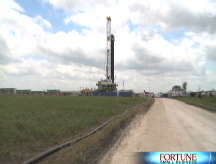 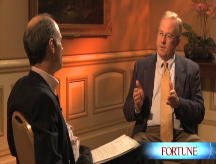 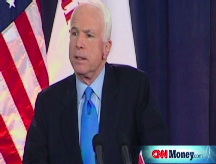 NEW YORK (CNNMoney.com) -- Oil prices sank nearly $5 on Thursday after China said it would raise gas prices by lifting subsidies that have been blamed for driving oil prices higher. The move could curb demand from the country's rapidly growing economy.

Light, sweet crude for July delivery fell $4.75 to settle at $131.93 a barrel on the New York Mercantile Exchange.

China's National Development and Reform Commission said that prices of gasoline, diesel and aviation fuel will increase by 8% beginning Friday.

"The news out of China surprised the market," Ray Carbone president of Paramount Options, said from the NYMEX floor.

Analysts were expecting China to follow the lead of other oil consuming countries that have lifted subsidies in recent weeks. "But no one expected it before this summer's Olympic games, which is why the market reacted so violently," Carbone said.

China's decision is a "blow to demand that can't be taken lightly," Carbone said.

In the United States, gas prices fell for the third day in a row. The national average price for a gallon of regular gas fell two-tenths of a cent to $4.073 from $4.075 the day before, according AAA.

The oil market is also preparing for the outcome of a summit between oil producers and consumers set to take place in Saudi Arabia this weekend.

Saudi energy officials have signaled their willingness to increase oil production though some analysts doubt it will be significant enough to bring prices down.

Dan Flynn, a market analyst at Alaron Trading in Chicago, thinks the Saudi's will add more oil to the market because it's "psychologically important for one of their best customers."

Carbone thinks the oil market could "break out of its range" depending on what develops over the weekend.

"China certainly frightened everyone, but it would be premature to say the back of the bull is broken," said Tom Kloza, chief oil analyst at Oil Price Information Service. "Still, it's a nice break."

Earlier Thursday, the Associated Press reported that rebels had attacked a Royal Dutch Shell installation in Nigeria, highlighting concerns that white-collar workers in the country will go on strike.

The AP also reported that Nigerian militants said they captured an American worker on a supply vessel in the area of the rig but later released him.

Amanda Kurzendoerfer, an energy analyst at Summit Energy, notes the Nigerian rebel movement does not normally attack offshore oil installations and that Thursday's attack was a "bigger more structured attack."