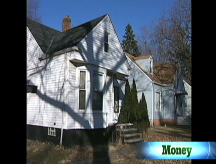 WASHINGTON (CNN) -- Hundreds of people across the country have been arrested by law enforcement officials targeting crooked mortgage brokers, real estate agents, and other industry officials, the head of the FBI and a top Justice Department official said Thursday.

More than 400 people have been charged in the mortgage fraud probe, of whom nearly 300 have been arrested, including 60 in a coordinated sweep Wednesday, the Justice Department said.

"We will, as appropriate, seek prison terms," Filip said. "It is a very, very serious matter."

"Operation Malicious Mortgage," the investigation by the FBI and Justice Department, began March 1, government officials said. It resulted in 144 fraud cases in which 406 defendants were charged.

The FBI is investigating about 1,400 more cases of potential fraud, Mueller said, calling it "a substantial number of investigations, unfortunately."

Many agencies were credited as contributing to the investigation, including the Internal Revenue Service, the Secret Service, the Department of Housing and Urban Development, immigration and customs agencies, postal inspectors and the Federal Deposit Insurance Corporation.

Officials indicated the suspects were involved mostly in small-scale schemes.