Once a music-subscription service, Rhapsody opens an MP3 store - with free samples. 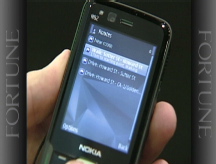 In a dramatic strategy shift, on June 30 the company announced the opening of its MP3 store. The new service does away entirely with digital rights management, the software baked into digital music that controls how widely it can be distributed. (iTunes uses DRM for a good portion of its music, but newer MP3 stores like Amazon's, which launched last September, have dropped it.) Listeners will be able to play music anywhere - even on an iPod

What's more, Rhapsody has formed several partnerships to create a music ecosystem that will make it simpler for listeners to find and buy music, an initiative the company calls "Music Without Limits." Partners including iLike, Yahoo and MTV's network will distribute Rhapsody-powered music through social media. And Verizon's deal will let listeners download music easily to their PCs as soon as they buy it on their phones.

It's a play to steal the attention of a consumer market that now relies almost entirely on Apple's popular music service for music downloads. Apple's (AAPL, Fortune 500) iTunes was the number one music retailer, according to an April NPD study released earlier this spring, surpassing even Wal-Mart (WMT, Fortune 500) and capturing 19% of music sales in the U.S. Rhapsody Vice President Neil Smith says a lot of people rely on iTunes because they're used to it. He compares Rhapsody's situation now to that of Tivo a few years back, saying, "It's a much-loved application for people who use it, but it's harder to understand for those who haven't."

That's where partnerships like the one with social-networking application iLike come in. Until now, iLike has let users sample mostly snippets of music, and users - iLike reports 28 million registered - can hit a "buy" button to be redirected to iTunes or Amazon (AMZN, Fortune 500). Now listeners will be able to sample the entire song for free, powered by Rhapsody. Each time they do, artists will receive royalties. And the "buy" button will let users choose between iTunes, Amazon and Rhapsody. iLike cofounder Ali Partovi calls it "the beginning of us becoming a social music consumption service."

Until now, Rhapsody has been a music rental service. Users downloaded a player to their personal computer and signed up for subscriptions that start at $12.99 per month. It's a service that has lost buzz as music prices come down and DRM is loosened. (The rental service will still be available.)

So what will distinguish Rhapsody's MP3 store from competitors? One big draw is that listeners will be able to preview an entire song before they purchase it. "You won't be caught in the 30-second ghetto," says Rhapsody's Smith, referring to the preview functions in iTunes and Amazon.

The music will be priced roughly the same as competitors at $.99 a song and $9.99 for most albums. As part of a push to attract the attention of iTunes users, the company is giving away $10 credits - enough to buy an album - to the first 100,000 people who sign up for an account.

But giving away a free album and easing DRM won't be enough to sway iTunes devotees. In iTunes, Apple has created a sleek, logical user experience. To capture a chunk of this market, Rhapsody's service will need to be even better.