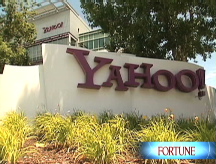 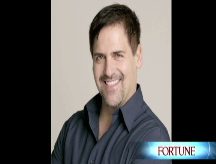 LOS ANGELES (Fortune) -- Carl Icahn published an open letter to Yahoo shareholders Monday in which he disclosed that he has spoken several times to Microsoft chief executive Steve Ballmer over the past week: "Several of our conversations have lasted as long as an hour," Icahn wrote, suggesting it was a real get-to-know-you sort of thing.

During these chats, Icahn says Ballmer has made it clear that he's still willing to re-open talks to do a deal with Yahoo (YHOO, Fortune 500) - either for the whole company or its search business - but only if Yahoo has a new board of directors.

"Steve made it abundantly clear that, due to his experiences with Yahoo! during the past several months," wrote Icahn, "he cannot negotiate any transaction with the current board."

In a statement, Microsoft backed up Icahn's provocative account. "While of course there can be no assurance of a future transaction," the company said, "we will be prepared to enter into discussions immediately after Yahoo!'s shareholder meeting if a new board is elected."

In other words, Icahn may have just turned himself from a peripheral irritant into a central player in the battle over Yahoo's future. Since Microsoft (MSFT, Fortune 500) dropped its $42-billion takeover offer for Yahoo in May, Icahn has been buying shares and criticizing Yahoo's board. Icahn is looking to replace Yahoo's nine directors with his own picks at the company's annual shareholder meeting August 1.

Most analyses of Yahoo's travails, though, have focused on what the next move by Microsoft or Google (GOOG, Fortune 500) or Time Warner (TWX, Fortune 500) or assorted other would-be strategic partner/owners of Yahoo might be. Early on in his railing against Yahoo CEO Jerry Yang and the company's board, Icahn noted that he wasn't talking to Microsoft.

Now Ballmer and Icahn are public allies. That can't be very comforting to Yahoo's board or to Yang. Investors seem more sanguine. Yahoo shares jumped more than 11% Wednesday.

Yahoo, in its own response to Icahn and Microsoft on Monday, pointed out that its independent directors had approached Ballmer in June - a month after Microsoft dropped its bid - about buying the company "only to be told that Microsoft was no longer interested."

In language that suggests Icahn is getting at least a little under their collective skin, Yahoo's statement concluded: "And if Mr. Icahn has an actual plan for Yahoo beyond hoping that Microsoft might actually consummate a deal which they have repeatedly walked away from, we would be very interested in hearing it."

In the context of Silicon Valley, Web 2.0, and the new new thing, Icahn can seem like a ludicrous character: 72 years old, a reformed 1980s raider, working out of wood-paneled offices in midtown Manhattan that look like a set from the movie Wall Street. He doesn't use e-mail. His energy drink is a martini.

But what Icahn is, in the words of one CEO who has tangled with him, is "a savant." He has a brilliant touch for ferreting out weakness in big corporate situations and capitalizing on it to make smart, usually short-term investments through his trademark brand of trash-talking and activism.

In Yahoo's case, Icahn may still think widgets are made in factories, but he also knows a thing or three about finance, the markets and capitalism. And he especially knows public relations - as evidenced Monday morning - and how to kick up an almighty fuss.

Yahoo's board has steadfastly rejected Icahn and made the case for keeping the current slate of directors intact. Moreover, they have counterpunched Icahn's attacks as "ill-defined" and based on "misrepresentations."

But in recent days there have been growing rumbles that Yahoo might try to give Icahn a couple of seats on its board to make his proxy fight go away. Monday's letter makes that even more imperative.

And if, as one big Yahoo investor told Fortune.com last month, board members now realize they miscalculated in their talks with Ballmer, even a partial change in the board could lead to the result Icahn wants: a sale of the company.

Yet even while investors appreciate Icahn's ability to crystallize their dissent, they don't necessarily want him running their company.

Exhibit A in this regard has been Blockbuster (BBI, Fortune 500). In 2005, Icahn won a proxy fight and put representatives on the board, but the company's shares have traded at considerably less than what he bought them for.

Monday's letter is so useful to him because it reassures investors that if they do back his slate, they are not voting for him, but for a sale of the company or, hopefully, a better search deal than the one Yahoo has pursued with its arch-rival Google. "While there can be no assurance of a future transaction," Icahn wrote, "as many of you know, I have negotiated successfully a large number of transactions over the past years."

It's fascinating - and no doubt horrifying to some in Sunnyvale, Calif. - to imagine Icahn on the Yahoo board, perhaps making an entrance in one of the company's purple-hued meeting rooms, some of which are named after Ben & Jerry's ice cream flavors.

His Luddite tendencies aside, maybe it's no coincidence that Icahn's assault on Yahoo coincided with the debut of "The Icahn Report," a blog by the man himself giving his forceful take on shareholder democracy.

Incidentally, one of Icahn's proposed board members is Mark Cuban, the Dallas Mavericks owners who notably became a billionaire by selling his startup to Yahoo years ago. And Cuban is one of the better-read business leader bloggers out there. Maybe Icahn is becoming more web-savvy than we've given him credit for.