Spreading false info is against the law, but is chasing down rumors the best use of an already overwhelmed SEC? 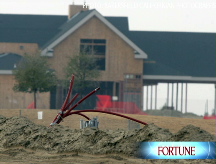 NEW YORK (Fortune) -- Psst! Here's one you can trade on: The Securities and Exchange Commission, buffeted on all sides from the great leverage collapse of 2008, is now going to get to the bottom of the age-old dilemma of the trading desk rumor.

In a press release Sunday night that coincided with the opening of Asian markets, the SEC announced it was conducting examinations at brokers and hedge funds to determine if false information is being deliberately spread by traders to manipulate stock prices.

Philosophically, there's little argument against cracking down on those who knowingly develop or pass on bad info. After all, such bald attempts to manipulate the market have long been illegal.

But given that sharing of rumors and information - some of it good, some not - occurs constantly across trading desks, there appear to be some truly head-scratching aspects to the SEC's move.

The first is that the agency's overburdened enforcement unit is already looking into, to name just a few - mortgage originator fraud, investment dealer disclosure on auction-rate securities, and broker valuations of the arcane vehicle known as collateralized debt obligations (CDOs) that has been the source of so much misery on Wall Street.

Now the watchdogs are going to chase down down trading desk rumors too?

The second is that much of the impetus of this investigation appears to have come from senior executives at several Wall Street brokerages outraged over the effect rumors are having on their companies' stock prices.

Last week, for example, Lehman Brothers saw its share price hurt last Thursday when a story made the rounds - and was picked up by CNBC - that stock-trading giant SAC Capital and giant bond manager PIMCO had ceased trading with the firm.

A likely death-blow if true, but it was easily disproved. The stock, which closed at $19.74 on Wednesday, dropped to $15.79 before rallying to close at $17.30 on Thursday. Whatever the story is behind the origination of the rumor, shorting Lehman's stock that day proved to be a pretty volatile - if not outright crummy - trade for those who piled on.

More important, while Lehman chief executive Richard Fuld has a well-documented antipathy towards shortsellers who question his firm's financial health, he and his deputies made decisions that have saddled the company with big losses and required it to make repeated trips to the markets to raise more capital.

So which has proven more painful for Lehman shareholders: the quick-buck artist who passes on some bogus tip - or Lehman's decision to become the most aggressive investment bank to speculate on Southern California real estate?

Then there's the case of Bear Stearns. A cottage industry of sorts, typified by a much-discussed Vanity Fair article, has developed that blames shortsellers for Bear's near-collapse and subsequent fire sale to JPMorgan Chase (JPM, Fortune 500).

It's true there was no shortage of rumors swirling around Bear Stearns on the eve of its mid-March rescue. Like most trading desk rumors, they were easily disproved and immediately forgotten.

Ultimately, what allowed the run on the bank were the huge holes in Bear's balance sheet. Alone among Wall Street's big brokers, Bear Stearns had a nearly $33 billion gap between what it had borrowed short-term and what it had available to repay those loans. No other broker had anything like this exposure.

In the end, the people who did business with Bear Stearns came to see it as a highly-leveraged, mortgage-bond-centered hedge fund and wanted less exposure to it.

Veteran analyst Barry Ritholtz, in his "Big Picture" blog, put it well in a post Friday. "Why is it that all these rumor-mongerers and shorts are only bringing some firms to their knees? How come they always seem to be the over-leveraged, under-capitalized, unhedged, most poorly-managed companies?"

Fannie and Freddie: The $5 trillion mess