Roadtrip to China: 8 rules for work and play

Understanding a few key cultural differences can smooth the way for a trip to China that is free of friction and faux pas. 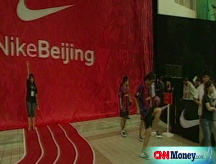 NEW YORK (Fortune) -- We've all been there: visiting a new country we inadvertently do or say something deemed offensive to locals. At best, we're embarrassed. At worst, we risk blowing a business deal or offending our hosts.

In China, cultural differences are taking center stage as more Americans head east for business and pleasure. So whether you're going for business or to catch next month's Olympics in Beijing - or both - here's an 8-point crash course in how your Chinese hosts work and play.

What do you mean, 'I want?' In the West, the individual is No. 1. In China, community trumps all. "In the West, what 'I' want matters greatly," explains Huping Iler, CEO of wintranslation.com, an Ontario-based provider of translation services in dozens of languages (including Mandarin) to clients like the United Nations, Intel (INTC, Fortune 500), and Caterpillar (CAT, Fortune 500). "In Chinese culture, what I want is not as important as what 'we' want."

I know what's best for you. Here's a prime example of group-think at work: A Chinese automotive supplier whom Iler knows changed a North American customer's product without asking permission. The customer was furious, but the supplier didn't get why. "'Not without my permission' is an important concept in Western cultures, because it shows respect for individual authority and individual choice," Iler notes. "But in China, it's much more common for supervisors and others to make decisions that affect others without consulting anyone else, because they believe they are acting in the best interests of the group." If you want to be consulted on key decisions, don't assume you will be. Speak up.

How much money do you make? Western cultures place a far higher premium on privacy than the Chinese do. In China, it's common for a student to ask teachers what grades other students received, or to ask a colleague how much he makes or if he's single and dating. "Don't be surprised if you are asked bluntly personal questions," says Iler. Reply honestly, if you want - or just smile and change the subject.

I'll get to the point, eventually. A Chinese employee asking for the day off will call you and say something like: "My son is sick and he can't go to day care today. I tried to find a babysitter, but everybody is booked. I even checked with my in-laws but they aren't feeling well themselves. So I'm afraid I have no choice but to stay home today. Is it all right if I take the day off?" The Chinese make their points at the end of a conversation, rather than the Western style of stating the important information first. Be patient.

Thanks, but no thanks..really. Expressing gratitude, even for small favors, is a must in the West. In China, says Iler, "if a relationship is close, such as between friends or colleagues, saying 'thank you' for everything is viewed as a way to distance oneself from the group." Don't be offended if you don't hear a 'thank you.' It might be a compliment.

Why do I need proof? The Chinese can be vague about their statements, which is why academic papers often lack footnotes and Chinese suppliers accused of selling lead-tainted toys simply argued that China shouldn't be held responsible - without offering proof. "For a Western person working with Chinese colleagues, the Chinese tendency to be vague can be frustrating." says Iler. You can ask for proof - say, market research - to substantiate a claim. But don't surprised if your request is met with a blank look.

I don't do hugs! Public displays of affection are common in the West, but they're taboo in China - at least among adults, even close friends. "Don't be surprised to hear that a Chinese father has never hugged or kissed his grown children," says Iler. Save the bear hugs and air kisses for Stateside.

Please, no more excuses. PDA may be off-limits, but the Chinese have no problem cutting in front of you or bumping into strangers without saying "excuse me." What may seem like the height of rudeness to us is, by Chinese standards, perfectly acceptable. "In such a highly crowded society, people use any available shortcut," explains Iler. So try to stay chill.

Of course, people from other cultures who do business with the West must learn all these subtleties in reverse, and it's not easy for anybody. But, Iler notes, if you're going to China, the onus is on you to adapt to Chinese ways, not vice versa. As they say, "When in Rome..."

Readers, what do you say? What cultural differences have you had to contend with in your career so far? Got any additional tips for Western visitors to China? Post your thoughts on the Ask Annie blog.