Is it possible that Europeans - famed for their endless vacations - work as much as we do? 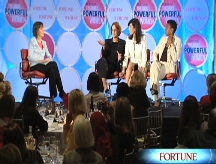 (Fortune Magazine) -- Europeans rarely feel more superior to us Americans than at this time of year, and you can't blame them. They're taking their umpteen-week vacations, perhaps enjoying state-funded massages in Baden-Baden, while we're trying desperately to squeeze every drop of fun out of our measly two or three weeks off before returning to the salt mines.

The conventional view in Europe, held widely here also, is that they understand life better. So what if their per-capita incomes are lower than ours? They know what's really important, and it isn't slaving away like us job-crazed Yanks.

The trouble with this narrative is that it's based on a myth. Recent studies show that Europeans work much harder than most people think, and some, such as the Germans, work every bit as hard as we Americans do. An analysis of why makes it tough to say that one culture is somehow wiser than the other.

The key to the research is a simple question: What's work? The statistics we usually see focus on jobs that people get paid for, and by that measure Americans do indeed toil much more than Europeans. But that measure overlooks all the cooking, cleaning, lawn mowing, and other home-based labor that most people do. We don't get paid for it, but it's just as real as other work. When we count it as well as paid employment, the whole picture changes.

A thorough study by Richard Freeman of Harvard and Ronald Schettkat of Utrecht University found that Germans and Americans labor almost exactly the same amount. (The researchers note, "While our data deal with Germany and the U.S., our findings reflect the difference between EU and American models of capitalism more broadly.") The difference is that we do more market-based work, and Germans do more home-based work.

That simple fact holds large implications. For starters, it means we're more likely to buy various goods and services that Germans are more likely to produce at home. For example, they spend more time preparing meals, while we spend more money on restaurant meals; as a society we do more of our hamburger flipping at McDonald's, while Hamburgers do more of it at home.

An important result is that we create far more service jobs than Germany does, and that nation's much smaller service sector is the main reason Germans are less likely to be employed, with an unemployment rate consistently higher than ours for the past 20 years.

New research by Richard Rogerson of Arizona State University finds that "almost all of the difference [between Europe and the U.S.] in hours of [paid] work is accounted for by differences in the service sector." Some people denigrate burger flipping and the like as dead-end jobs, but for young people whose skills aren't yet highly developed, they're gateway jobs that are the best economic use of their time.

Each nation's economy supports those patterns. In America it's easy to buy prepared meals, child care, and such, so it's "easy for educated women to work in the market," as Freeman and Schettkat observe, whereas in Germany, "the lack of such alternatives makes full-time employment of women difficult." Thus, German women have far weaker incentives to go to college. In the U.S., 22% of working-age women hold bachelor's degrees, but in Germany only 11% do.

Fair enough. To each his own. But this August, as we Americans longingly imagine all those Europeans leaving their jobs behind for weeks on end, let's remember the rest of the picture - their hard work at home, unemployed youth, and less educated women - and perhaps think again about how envious we ought to be.

Got an unusual job title and the job to go with it? We want to hear from you. Please email bizcards@fortunemail.com with your title and a job description, and you could be included in an upcoming Fortune story.

10 things you can do on a quiet summer afternoon