Palin: No foe of oil - no patsy either 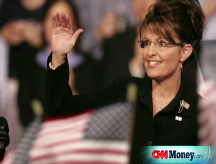 (Fortune) -- Within hours of Senator John McCain picking Alaska Governor Sarah Palin as his running mate, the talking heads of CNBC had coined a new term: "Palinomics." In a nutshell, the doctrine stands for expanding the search for domestic oil and gas as a solution to the energy crisis.

But while Palin might be a proponent of more drilling in Alaska, she's hardly a patsy of the oil industry. One theme at the Democratic convention was Republicans' cozy relationship with Big Oil. As Al Gore put it Thursday night, the industry has been "drilling [the GOP] for everything it's worth." But whatever you think of such a statement, it would be hard to say that about Sarah Palin.

Palin reached the Alaska statehouse in 2006 after trouncing incumbent governor Frank Murkowski, patriarch of one of Alaska's powerful political families, in the Republican primary. The former high-school basketball star, beauty queen, commercial fisherman, and mayor of Wasilla (population 8,471) ran on one big issue: Exploiting her state's billions of dollars worth of natural gas on Alaska's terms, not on the oil companies' terms.

For years, Alaskans have dreamed of the revenue bounty promised by the state's natural gas resources. But until recently, prices were too low to make shipping natural gas to the lower 48 states profitable. Murkowski had negotiated a deal with the Big Three oil companies of Alaska - BP (BP), ExxonMobil (XOM, Fortune 500), and ConocoPhillips (COP, Fortune 500), which hold long-term North Slope leases - to finance and build a pipeline to get the 235 trillion cubic feet of natural gas estimated to be buried under the North Slope to market. The deal guaranteed a tax cut for the oil companies, and promised that Alaska wouldn't change those rates for decades.

But when Murkowski brought the proposal to the Alaska statehouse, it was rejected as a sweetheart deal for the oil companies. Several of the governor's negotiators were later indicted, accused of making back-room deals with the industry. Voters subsequently booted Murkowski from office. You don't mess with revenues from oil and gas in Alaska, because it goes into Alaska's Permanent Fund, which sends a check to each resident every year.

Once in office, Palin took an aggressive stance toward the oil companies. Her nickname from high-school basketball, "Sarah Barracuda," was resurrected in the press. Early in her term, she shocked oil lobbyists when she was so bold as to not show up when Exxon CEO Rex Tillerson came to Juneau to meet with her. Palin, after scrapping Murkowski's deal, would not give Big Oil the terms they wanted, yet insisted that the companies still had an obligation under their lease to deliver gas to whatever pipeline Alaska built. She invited the oil companies to place open bids to build a pipeline, but they refused. A bid by TransCanada, North America's largest pipeline builder, was approved by the legislature in August.

Palin also raised taxes on oil companies after Murkowski's previous tax regime produced falling revenues in 2007, despite skyrocketing oil prices. Alaska now has some of the highest resource taxes in the world. Alaska's oil tax revenues are expected to be about $10 billion in 2008, twice those of previous year. BP says about half its oil revenues now go to taxes, when royalty payments to the state are included. Earlier this week, Palin approved gas tax relief for Alaskans, and paid every resident $1,200 to help ease their fuel-price burden.

To be sure, it would be an overstatement to brand Palin as an enemy of Big Oil. Her husband works as a production supervisor for BP. And her support for drilling in the Alaska Natural Wildlife Reserve, as well as exploiting Alaska's natural gas resources, certainly won't endear her to environmentalists. "Personally, I have respect for the industry," she said in an interview with Fortune last year, "for the contributions it's made to our state ... and great respect for what their CEOs are doing. We know their mission, to take as much as possible and leave as little behind."

But it does take a special person to go from small-town mayor and hockey mom to standing up to the world's biggest corporations. Despite a stint as chairman of the state's Oil and Gas Commission, she'd never done business on a remotely similar stage. When Fortune last year asked Palin if she was intimidated, she said simply, "No. Being reasonable commercial operations, I expected the Big Three will act responsibly."

In that same interview, she said she intended to change Alaska's relationship with "the lower 48." She saw part of her responsibility as delivering her state's natural gas to those hungry markets. "We're still too reliant on the federal government," she said. She canceled Alaska's support for the "Bridge to Nowhere," a proposed $320 million bridge to sparsely populated Gravina Island, that Senator Ted Stevens, now under indictment for public corruption, famously included in the federal budget.

Palin was also critical of Washington's attitude towards the pipeline project. She said last year she had written a letter to Vice President Dick Cheney asking for help with the pipeline, but didn't receive a response. President Bush did send an envoy to Alaska to help get the project going, but Palin still felt the approval process was unwieldy. "So many federal agencies and permitting processes," she told Fortune. "It's mind-boggling."

Despite her sparkling profile outside the state, Palin has had her critics in Alaska. She faced bitter opposition from the more conservative members of Alaska's legislature over the tax increases. And many in the bureaucracy feel that without the oil companies' cooperation, the pipeline will never get built, since oil companies still own the gas under their lease of the North Slope. And now that TransCanada has bid for the pipeline, Alaska is committed to covering up to $500 million of its costs regardless of whether the pipe gets built.

Palin's first dream in life was to be sportswriter, covering hockey and basketball. She loved ESPN so much, she named her daughter "Bristol," after the town in Connecticut where the cable network is headquartered. Whether that helps or hurts her chances to be second in line for the presidency, we'll see. But at least we know she loves a good power play.