There's gold in an oil degree

A shortage of petroleum engineers is boosting pay rates. Plus, more on speculators and $4 gasoline. 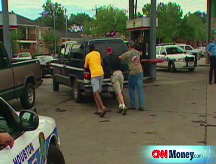 More Videos
Why are gas prices up? 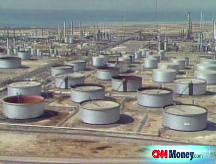 FORTUNE (New York) -- Willie Nelson doesn't croon about mamas making their babies grow up to be petroleum engineers. But perhaps he should.

Even with the recent drop in oil prices, newly-minted grads in the field are making a killing. At Texas Tech University, for instance, the starting pay for graduates with bachelor's degrees in petroleum engineering is around $105,000 - $80,000 in salary plus a guaranteed bonus of $20,000 to $30,000, according to Lloyd Heinze, chairman of the school's petroleum engineering department.

"It's pure supply and demand," says Heinze. "A lot of the current oilfield engineers are nearing retirement age. Not only do you have a lot of oil companies looking to hire, but the number of schools that offer this specialized degree has really dwindled."

Petroleum engineers' expertise lies in understanding the characteristics of oil and gas deposits and utilizing the proper technologies to extract them. The field numbers about 80,000, including those with degrees in mechanical engineering who eventually moved to the oil patch.

Back in the 1970s, there were 40 U.S. colleges and universities offering degrees in petroleum engineering. Today, there are fewer than 20 - a decline brought about by low oil prices (and thus low hiring by oil companies) throughout most of the 1980s and 1990s.

Enrollment in the surviving programs has shot back up. Even so, this year the number of undergraduate degrees awarded will number fewer than 800, compared to more than 1,500 in 1984.

One issue that's capping enrollment: a lack of teachers. "We're probably facing an even tougher shortage than the oil industry," says Heinze, who has two openings for full-time professors.

The cause is two-fold. A lot of academics have been lured by rich offers from oil companies. Meanwhile, others have accepted lucrative two- or three-year postings overseas to help set up petroleum engineering programs at universities in India, Russia or the Middle East. Heinze estimates that the number of unfilled faculty positions at petroleum engineering departments totals 45 nationwide - a huge number in a field where professorships total only 200.

I get a lot of e-mail from readers who disagree with my contention that speculators aren't responsible for $4 gasoline. One thing that's clear is there's some confusion about what "demand" means in the context of oil data.

E-mailers often contend that for gasoline prices to go up 25%, demand should be up 25% too. Historically speaking, such a one-to-one relationship between demand and price or between supply and price has never existed - oil prices rose 300% during the 1973-1974 Arab oil embargo, for instance, even though global supply declined by only 7%.

Nevertheless, it's an argument you hear a lot, even from members of Congress.

Consider the following statement from U.S. Sen. Amy Klobuchar, D-Minn.: "Oil prices up 25%. The price of a gallon of gas [is] up 25% in six months. It's up a dollar, right? It's $4. We know demand hasn't gone up 25%. Have we seen some increase in worldwide demand? Yes. Demand in the United States is down, worldwide demand is up, but nowhere near up 25%."

I'm going to cut Klobuchar some slack for her shoddy math. (Gas rising from $3 to $4 gallon is actually a 33% increase, not 25%.) Where she really runs into trouble is when she conflates the two very different definitions of "demand" that are employed by economists.

One definition is the desire to possess a commodity. The other is the amount of a commodity people are willing to buy for a given price - which is the demand number measured by the Energy Information Administration.

Oil supplies vary little from year to year. Consequently, even if the desire to possess oil were to increase greatly, there could never be 25% increase in annual oil consumption.

The mere fact that global oil demand is going to increase by "only" 1% this year, as the EIA recently forecasted, has a lot to do with the fact that supply is restricted and the price is high. It does not mean that the amount people want to buy wouldn't be much, much greater if the price of oil were $30 a barrel instead of $100.

If you don't believe me, check out this little news story about what happened when a gas station in Oklahoma decided to run a one-day promotion for $2 gas.