One of the world's biggest architectural firms looks to Mother Nature for ideas. 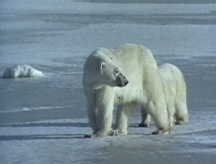 (Fortune) -- What if the outside of a building worked more like a leaf?

About 30 years ago, a German botanist named Wilhelm Barthlott noticed the bumpy structure of the leaves of the lotus plant, which clean themselves by forcing rainwater to bead, collect dirt and wash it away. He patented what is now called the "Lotus-Effect" and licensed it to manufacturers of self-cleaning paints, glass and roofing tiles, which are used in thousands of buildings in Europe.

This is an example of biomimicry, an emerging discipline that draws inspiration from nature to design new products, systems, and buildings - even cities and towns.

The term was coined by science writer Janine Benyus in a 1997 book, Biomimicry, and lately it has become a hot topic in corporate America. General Electric (GE, Fortune 500), General Mills (GIS, Fortune 500) and Kraft Foods (KFT, Fortune 500) have all turned to the Biomimicry Guild, a consulting firm led by Benyus, for help as they design new products. Now she has struck a deal with HOK, one of the world's biggest and most influential architectural firms, to see what biomimicry can do for buildings.

What gets people excited about biomimicry is its potential to help solve environmental problems like climate change. If we can design buildings and products to operate more like nature, which does not pollute and creates no waste, we'd be much better off.

"Probably the biggest issue we face right now is the environment - what's happening with global warming," said Bill Hellmuth, the president of HOK. "If you look at all the carbon emissions in the United States, most people don't realize that 50% come from the construction and operation of buildings. If we all rode bicycles every day, that would not have as much impact as what we do with buildings."

"Our goal is to have a biologist at the design table," said Benyus. "If you can get the built world right, you get a lot right."

St. Louis-based HOK, which has 26 offices and 2,500 employees around the world, designed the first LEED-certified airport terminal (at Boston's Logan International) and the first LEED-certified baseball stadium (Nationals Park in Washington.) LEED stands for Leadership in Energy and Environmental Design, and it refers to a set of standards that have become benchmarks in the building industry.

Biomimicry may sound fanciful, but it has already produced a number of money-making ideas. As green business guru Joel Makower, a director of the Biomimicry Institute, wrote recently on his blog:

Among the innovators are large companies like plumbing giant Moen (which introduced an efficient showerhead whose spray holes are inspired by the spiral shapes often found in natural objects like the whorls of seeds in a sunflower), German manufacturer Ziehl-Abegg (which introduced to the U.S. an air-conditioning fan blade that mimics the serrated edges of the owl's wing, reducing noise and energy use), Interface (whose Entropy carpet tiles mimic the random color palette of a grassland and a forest floor, resulting in easier matching of replacement tiles, fewer discards, easier installation, and less waste), as well as Herman Miller (MLHR), Nike (NKE, Fortune 500), and Boeing (BA, Fortune 500).

High-performance swimsuits, including the Speedo LZR Racer suit worn by gold medal winner Michael Phelps at the Beijing Olympics, were developed by studying the surface of shark skin.

HOK will use the discipline to think about ways to design entire cities, by trying to make buildings that resemble the ecosystems in which they live. Benyus explains: "Say you were going to rebuild New Orleans or Galveston. You go in and say, 'What survived this hurricane? What has lived here for centuries with hurricane-force winds?' You find that the live oak is a really good model." Ways in which the tree resists high winds and water may be adapted into building design.

Already, HOK has brought biologists trained by the Biomimicry Guild to Lavasa, a series of villages known as "hill stations" under development in a 2,400-acre rural valley near Mumbai, India. Originally envisioned as weekend retreats for the well-to-do, these new towns are now being planned as year-round communities that will house tens of thousands of people. HOK and the biologists are looking to nature to design ways to manage cycles of monsoon and drought, among other things.

The Biomimicry Guild is still small - it employs only about a dozen biologists - but Benyus is trying to spread the gospel by training others and is working on an Internet portal that would make biomimicry breakthroughs available to a broader audience. It would allow designers to ask a question - say, how does nature keep things cool? - and then be referred to the plants or animals that accomplish that effectively.

The goal, in essence, is to distill the wisdom of 3.8 billion years of evolution. Benyus and her crew are also developing a list of nature's most important innovations - you can take a look at this work in progress here.

Benyus delivered an inspiring talk at Fortune's Brainstorm: Green conference about business and the environment last year. At next year's Brainstorm: Green, we'll showcase products from Fortune 500 companies that have been inspired by nature.