How to build a better bailout

Borrow the money now, don't trade cash for trash, and other sensible ideas the government is unlikely to follow. 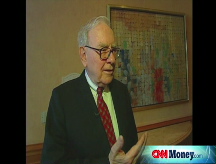 NEW YORK (Fortune) -- Not that the folks at the Treasury and the White House are asking, but if I were in charge of the $700 billion bailout of the financial system - and yes, it's a bailout, because it involves paying more for toxic assets than non-government buyers would pay - I'd have the Treasury run out today and borrow $700 billion before the financial world comes to its senses.

What's more, I'd borrow it by selling long-term securities: $350 billion of five-year notes and another $350 billion of 10-years. At recent rates of 2.64% and 3.63% for the five- and 10-year securities, our average interest cost would be only about 3.14% for the first five years. Allow for the fact that this huge borrowing would run up rates a bit, and you end up with an average interest cost in the 3.25%-3.5% range.

Why do this when shorter-term Treasury securities carry interest costs of less than 2%? Because when the financial system straightens itself out, which it will sooner or later, Treasury rates will rise sharply.

These rates have been pushed artificially low by panicky investors rushing for safety, making it a great time for Uncle Sam to be a panic profiteer by borrowing cheap.

I didn't call the Treasury Department to discuss this, because (1) the folks over there are awfully busy and (2) they'd tell me the same thing they've told me every time I've asked about borrowing strategy over the years. The Treasury will say that it gets the best results for taxpayers and bond buyers by borrowing money as it's needed rather than trying to outmaneuver the financial markets along the lines I've suggested.

I, on the other hand, am thinking like a taxpayer who wants to minimize borrowing costs. If we're going to have this gazillion-dollar bailout - about which I have serious doubts - let's borrow money as cheaply as possible, to minimize our bailout losses. Or, if you're an optimist, to maximize our bailout gains.

The reason I'm so skeptical of the bailout plan is that it doesn't directly attack the real problem - the lack of confidence that lenders have in themselves, their borrowers and other institutions. Bank-to-bank lending has almost dried up, the commercial paper market (involving short-term borrowings) has been shredded.

Hence California is begging for a $7 billion loan from Uncle Sam. Meanwhile, high-grade state and local government borrowers are paying short-term prices high enough to have pushed the yield on my tax-exempt money market mutual fund to an astounding 5.51%, while my Treasury fund is yielding just 1.67%.

The bailout plan offers cash for trash. But cash - or to use the fancy word, liquidity - isn't a problem, because banks can get all the cash they need by borrowing for about 2% from the Federal Reserve Board by posting these securities as collateral.

What banks need is capital - net worth. If I ran the bailout show, I'd concentrate on buying common or preferred stock from banks, restoring their capital position. In theory, each dollar of capital could generate $10 of loans.

Recapitalizing lenders would not only restore confidence, it would give them enough of a cushion to spin off their out-of-favor securities under what's called a good-bank, bad-bank plan, or do whatever else they see fit, including waiting out the market to see if it recovers. Better them than us.

Besides, buying stock rather than illiquid securities of uncertain value would give us taxpayers a nice fat upside. Treasury Secretary Henry Paulson's bailout plan talks about taxpayers getting an ownership stake in return for buying toxic securities. Negotiating that type of deal isn't any less complicated than negotiating a straight-up capital infusion.

There's talk of outside investors willing to take a piece of the bailout action if they can borrow at the Treasury's rate. To which I say: go for it! The more that outsiders put up, the less we taxpayers have at risk.

The other thing I'd welcome is an online system that allows all of us to see what securities are in Uncle Sam's pool, and an online, publicly-available system to provide transparency by letting us see what particular mortgages or securities back up each issue in that pool.

But don't hold your breath. These kinds of ideas are so obvious and sensible that it's unlikely anyone will do them. Why do the simple and direct thing when you can be opaque and complicated? After all, that's the Washington - and Wall Street - way.