Why the greenback is on a tear

Surprisingly, a financial panic rooted in aversion to debt has spared the currency of the world's biggest debtor. 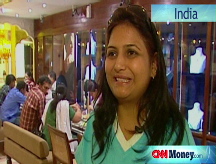 More Videos
Fed out of bullets?

NEW YORK (Fortune) -- There's a silver lining in the financial panic of 2008: the surprising strength of the dollar.

Investors have spent the year fleeing the scourge of leverage - the accumulation of assets via massive amounts of debt. A collapse of market confidence contributed to the failure of heavily indebted firms like Lehman Brothers and Washington Mutual, and forced the nationalization of AIG (AIG, Fortune 500) and others. Panic sales of companies that depend on borrowing in the locked-up short-term credit markets have only accelerated this week, with Morgan Stanley (MS, Fortune 500) off 25% two days in a row.

But it could be worse, believe it or not. While the stock market's October dive has decimated brokerage statements and retirement accounts around the world, the selling so far has spared the currency of the biggest debtor of all, the U.S. government.

In a twist few predicted, the rush away from risky assets has actually been good for the dollar - even though the U.S. needs to borrow $2 billion a day from its creditors overseas just to keep the lights on, and has been adding to its already substantial obligations at a rapid clip.

Recent weeks have brought a $700 billion plan to buy financial assets and a loan commitment to AIG that expanded into 12-digit territory in less than a month, among many others. This expansive government response to the financial crisis has had longtime skeptics of U.S. fiscal policy renewing their predictions for a dollar crash.

"While it is dizzying to predict how this plan will be implemented, it is fairly simple to foresee the macroeconomic consequences," Peter Schiff, president of broker-dealer EuroPacific Capital and a long-time bear on the dollar, wrote last month. "The U.S. dollar will be shattered beyond repair. The government simply has no means to make good on the trillions of new liabilities."

But the dollar hasn't been shattered, because it has become clear that the U.S. is far from the only economy to be sputtering. The International Monetary Fund warned this week that economic output will be flat next year in Europe and the U.K., and the other major developed economy - Japan - has yet to emerge from a slump that is now going on two decades.

The dollar's strength even against classic safe-haven currencies such as the Swiss franc "partly reflects the unwinding of dollar-selling positions accumulated since mid-September," writes CMC Markets currency strategist Ashraf Laidi, "as well as funds' disposal of positions in emerging market assets."

One side effect from the recent rash of deleveraging has been that investors who earlier sold dollars to fund bets on commodities and stocks now must buy greenbacks to unwind those trades. Meanwhile, the safety of U.S. government bonds beckons: The yield on the three-month Treasury bill recently was 0.2% - meaning investors are willing to give up the prospect of earning any return on their money in exchange for being assured of capital preservation.

Still, there's some question about how long the dollar's renaissance will last. The dollar tumbled for most of the past six years against the currencies of major trading partners, as a surging oil-import bill contributed to massive U.S. trade deficits, before rebounding this summer as the commodities bubble collapsed.

But now economists wonder what will happen when the pace of deleveraging slows - and those holding dollar-denominated assets consider the expanding U.S. financing burden at a time when growth prospects look weak.

"When this process plays itself out," says University of Oregon economics professor Tim Duy, "the fundamentals working against the dollar will come into focus again."