Short-seller Copper River should be in its glory in a market like this. Instead, it's fighting for its life. 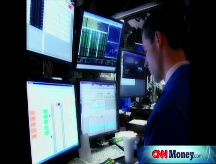 NEW YORK (Fortune) -- September was arguably the worst month in hedge fund history, as unprecedented volatility in the capital markets forced once-mighty investment managers to book losses that had been thought unimaginable.

But for noted short-sellers Copper River Management, a $1 billion hedge fund based in Larkspur, Cal., the month turned into a perfect storm.

A devastating combination of counter-party failure, sudden regulatory edicts and margin calls conspired to turn the fund's performance on its ear, leading to a 55% loss in just two weeks.

According to people familiar with Copper River, the fund's management has sent out a letter to its investors in an attempt to explain the crisis and to retain enough capital to keep operating.

What's worse for Copper River is that the battering had nothing to do with the quality of its investments - the fund, which primarily bets on the declining value of stocks it reasons are sharply over-priced, was otherwise having a decent year, returning about 5%.

The fund and its general partner, Marc Cohodes, are no stranger to controversy, given that its specialty is spotting dubious, or even illegal, business practices - and then publicizing its findings.

Profitable short sales for Copper River read like a "Murderers Row" of corporate blow-ups over the past decade, including the likes of Grand Theft Auto game maker Take-Two Interactive Software (TTWO), insurer Conseco and Boston Chicken.

More recently, two companies the fund has shorted, Overstock.com and Fairfax Financial Holdings, have sued the fund, alleging Copper River (formerly known as Rocker Partners, after founder David Rocker) participated in a scheme to drive down their stock prices. The Overstock case is headed for an April trial in California; the fund was recently dismissed from the Fairfax case.

Hard times aren't foreign to Copper River, either: The fund dropped 36% in 2003 when the equity markets surged. But those losses were attributable to the short-sellers dilemma: Shorts are betting on declines in stock prices when, over time, stock prices tend to go up (current events notwithstanding). In 2005, however, the fund netted a 46% return.

The recent problems for Copper River began in the middle of last month as Lehman Brothers began to totter. According to Copper River investor and another person close to the fund, Copper River had put on a series of derivative trades with Lehman as its counter-party. As certain stocks dropped in price (as described to Fortune, the derivatives were structured as put options, allowing the fund to sell a stock to Lehman on the belief that it could cover the sale at a lower price at a later date), the trade would become more profitable for the fund.

When it became apparent that Lehman was in serious straits, Copper River unwound the trade and awaited the return of the capital it put up as collateral. But Lehman filed for bankruptcy September 15 and Copper River's money became tied up in the firm's mounting court battles with creditors.

On top of that, as Lehman unwound its own internal hedges to the Copper River trades, its trading desks bought shares of these companies, driving up their prices and leading to losses for Copper River.

Suffering in the short ban

That was bad enough, but on September 19, the bottom fell out for the fund. That was when the Securities and Exchange Commission ordered unprecedented restrictions in short sales, including the banning of all short sales of financial companies (and soon expanded to dozens of non-financial companies).

As prices in those stocks shot upwards, Copper River was forced to cover - or buy back - some of its positions at steep losses. The rising stock prices also led to a series of margin calls (demands for additional cash collateral to be deposited in a margin account) from Goldman Sachs, Copper River's prime broker. A Goldman spokesman did not return a call seeking comment.

Copper River's Cohodes declined to comment. Yet it must have been galling for Cohodes to watch former Lehman chief executive Dick Fuld castigate short sellers when Copper River's own fortunes were tied to Lehman's sinking ship.