Restrictions on compensation at banks taking government help are historic - but they may not do much to hold down CEO pay. 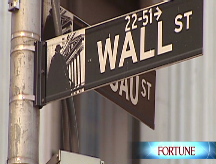 True enough. But whether the rules will really hold down executive compensation is another matter.

In an attempt to shore up the banking system's capital base and get institutions lending again to each other, businesses and consumers, the Treasury plans to invest $250 billion in banks big and small. It has already committed to putting half that amount into the nation's biggest banks.

Banks that take that money will have to abide by new rules on pay that, at first blush, are quite dramatic.

Many members of Congress besides Frank have made no secret of their outrage that Wall Street CEOs, despite leading their banks and the country into a massive financial crisis, have brought home huge pay packages in recent years.

Government officials have had "emotional" discussions, as described by Treasury's point man on the bank bailout, Neel Kashkari, with lawmakers over the issue of pay. But no one knows better than Treasury Secretary Henry Paulson, former CEO of Goldman Sachs, that banks will still need to compete with hedge funds and private equity firms to retain talented traders and executives.

"What Treasury realizes is that if you're going to try to maximize the value of the taxpayers' assets," says Charles Tharp, executive vice president for policy at the Center on Executive Pay, which represents HR executives, "you wouldn't want to reduce the ability of troubled banks to turn it around."

So the rules leave plenty of wiggle room for banks to continue to richly reward executives. Most obviously, there is no direct cap on pay.

"I thought it would be a lot more draconian," says Michael Butler, former Lehman Brothers head of institutional equity sales and now CEO of Seattle-based investment bank Cascadia Capital. "It's not done in a way that will dissuade banks from taking the [government's] money."

Clamping down on deductions will boost the government's take, of course, and it will make paying a top exec big bucks more expensive. A $20 million stock grant used to cost the issuing firm $15 million, if a 25% corporate income tax rate was applied. So, in theory, the bank will be stingier going forward.

But companies have already shown themselves willing to take tax hits. Despite the current $1 million cap on base pay, the median CEO of an S&P 500 company gets $1.3 million, according to research firm Equilar.

"Some firms are happy to explain why they pay market wage and lose tax deductibility," says Tod Perry, assistant professor at Indiana University's Kelley School of Business. "Lawyers and comp consultants are usually one or two steps ahead of the regulators."

Russell Miller, managing director at Korn/Ferry's Executive Compensation Advisors, notes that many banks have lost and could continue to lose money, "so this may or may not be a material issue for them. They have so many losses to carry forward, this rule may reduce carry forwards but not increase their taxes owed. To the extent they have billions of losses, versus millions of dollars of loss of deductibility from pay, they still have a lot of room to play with."

The harshest provision of the new rules would seem to be the outright elimination of golden parachutes, which the tax code defines as payments that are three times an executive's average pay of the past two years. Many CEOs have such severance deals and will now be asked by their boards to waive them, says Miller.

"It is a fundamental shift," he explains. "It's not just a discouragement, like through higher taxes or transparency, it's an outright mandate. We don't currently have any compensation laws like that."

However, it's likely that pay will simply move in the other direction - up to the beginning of an executive's tenure, rather than the end. "That's what happened to pro-football players when they stopped guaranteeing contracts," says Indiana University's Perry. "You see huge signing bonuses."

None of this means executive pay for bankers won't be coming down in the near term. But that will be the result of market forces. The old Wall Street investment banks are gone, merged away or gradually morphing into entities that will more closely resemble commercial banks. And commercial banks never paid as well as Wall Street. Moreover, as stock prices for financial firms have plummeted during the credit crisis, so have the fortunes of top execs whose earnings were rooted in rising share values.

"To the extent that banks' performance will be down," says Miller, "pay levels were going to come down with or without the new rules."

Rescue plan: What's in it
AIG's ex-CEOs blamed for crisis