Open enrollment: So many choices

It's that time of year at work. Pay attention: Picking the same plan and benefits could cost you. 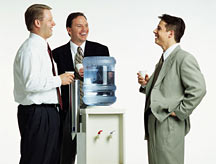 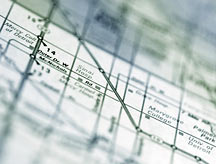 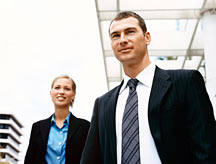 (Money Magazine) -- You'll likely have to make a crucial financial decision this month, and we're not talking about how much to spend on Aunt Hilda's holiday present. From October to November every year, millions of Americans must select health insurance and other benefits at work.

"Each year the choices get more complex and the financial consequences get bigger," says Sara Taylor, an open-enrollment specialist at human-resources consulting firm Hewitt Associates.

For 2009, nearly half of companies plan to push more health-care costs onto employees, often in less than transparent ways, according to HR consulting firm Mercer.

There will be higher premiums, of course - on average, 8% higher, says Hewitt - but also increased deductibles (what you shell out before benefits kick in), co-pays (flat fees at the doctor or pharmacy) and co-insurance (your percentage of the bill in other cases).

The bottom line is that workers' total health-care spending will average $3,830, 9% more than in 2008, Hewitt estimates. (Note to self: Spend less on Aunt Hilda.)

Most likely, your options will fall into four categories: There's the familiar health maintenance organization (HMO), which typically requires you to use approved doctors and hospitals.

Then there are the preferred-provider organization (PPO) and point-of-service (POS) plans, which give you the option to see an out-of-network doctor for a higher price.

And this year your employer may join the increasing number of firms offering a high-deductible plan tied to a tax-free health savings account (HSA), a low-premium option that provides limited benefits until you spend a certain amount out of pocket.

Dizzy? Well, don't let confusion cause you to idly check off your current plan or casually opt into the one that looks cheapest. If you're not diligent, you could end up with coverage that's far less comprehensive than what you had last year.

All the more reason to consider every option. Use this strategy to pick a plan that gives you value for your health-care dollar - without putting your finances at risk.

Step 1: Separate the apples from the oranges

Start by deciding if the high-deductible plan with an HSA is right for you. This may be the first time you've seen such a plan. At first glance, it will stick out the most with its comparatively low premiums - for 2008, employees paid an average of $2,330 for family coverage vs. $3,340 to $3,730 for the other plan types, reports the Kaiser Family Foundation.

Many of the plans cover preventive care at 100%. But for everything else, you pay in full until you hit the deductible, after which the plan usually functions like any other.

The money rolls over year to year and can be taken out for any purpose at age 65, though it's taxable if not used on medical costs. (Note: Not all high-deductible plans qualify for an HSA. Your plan paperwork should say if yours does.)

Intrigued? Understand this: Signing up for this type of plan is essentially making a bet that you'll stay healthy.

You'll probably save money over traditional plans while you're well, says Tracey Baker, a financial planner in Fairfax, Va., but you'll likely spend a lot more if you get sick. (Figure that you could owe the whole deductible in one pop if you're hospitalized.) So if you have young kids, a costly chronic condition or a family history of a debilitating disease, you're likely better off with the other plan types.

Usually high deductible plans make the most sense for those who are young and healthy, but they can also offer financial benefit for wealthy empty-nesters who want to take advantage of the tax savings and can handle a financial surprise.

In fact, anyone who is interested in this plan type should make sure they can afford the deductible -if you get sick before your HSA reaches that amount, you'll have to come up with the cash. Eliminate this option if you don't have the funds, advises Kim Bailey, an analyst with Families USA, a health-care consumer advocacy group.

Skipping the high-deductible plan? To make sense of your leftover options, which are more similar in the way they operate, start with two questions: Are your doctors in-network? And would you ever want to go out of network?

First, unless you're willing to switch providers, search the insurers' Web sites or simply call your doctors and hospitals to find out if they accept the plans you're considering.

With an HMO, you'll typically have to use doctors on the list; with a PPO or POS, using out-of-network doctors will cost you significantly more. Either way, you may want to jettison any plans that your favorite docs don't participate in.

As to the second question, if you'd rather not be restricted from seeing, say, the top oncologist in your state if he's not on your plan, you may want a more flexible PPO or POS. Also, note that HMO and POS plans generally require referrals to see specialists. If that bothers you, you may want to go PPO.

Step 3: Zero in on key costs

If you still have multiple plans on your list, compare their main terms. Premiums on HMO, PPO and POS plans can be similar, but the plans' less-transparent costs vary widely.

If your company hasn't done so for you, chart out the costs. Turn an 8½-by-11-inch page on its side and write plan names along the top and the following terms down the left. Fill in details for each, making sure to note, where appropriate, how costs differ in and out of network; include what counts toward deductibles and maximums.

If the choice isn't obvious after comparing plans, calculate your costs on each using a guesstimate of last year's health-care usage. Then see how much it would run if you needed a lot more care. (Your employer or the plan sponsors may offer online calculators to make this math easier.)

The main thing to consider in making the final pick: You want a plan that you'll be able to afford, whether you're healthy or unhealthy.

Whatever you do, don't miss the sign-up deadline. More companies are defaulting workers into high-deductible plans instead of their past year's choice, reports Watson Wyatt. Meaning: Unless you're hale and hearty, indecision could be costly.

NEXT: How to get the most from your other benefits
12