The case for emerging markets

By Telis Demos, writer reporter
Last Updated: October 23, 2008: 11:53 AM ET
INVESTOR DAILY
Has the beating the market's taken got you wondering about how to invest now? Let us know what you'd like us to address in our next Investor Daily. E-mail Fortune
Mellody Hobson: patient investor 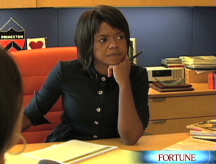 More Videos
What you need to save

NEW YORK (Fortune) -- Are emerging markets a bargain right now? The instinct is right, as developing-country indexes have taken a serious thumping this year. Year-to-date, Argentina's main index is down 51%. China's is down 63%. Russia is down 68%. Overall, the MSvCI Emerging Markets index is down 52% year-to-date, versus *just* a 34% drop for the S&P 500.

The result is that emerging markets are cheap by several metrics: a 10.1 trailing price-times-earnings ratio, or a 20% discount to developed markets, according to a recent Merrill Lynch report.

To many investors and strategists, that kind of price on broad emerging-market indexes makes their hearts flutter. After all, developing world GDP growth isn't expected to slow substantially from what it's been over the past few years. Over the long run, this tends to drive equity prices as well. "The relationship is very strong," said Merrill Lynch strategist Michael Hartnett.

To be sure, there's much danger too, especially in the short run, with the United States and Europe headed for what looks like certain recession. Hartnett points out that emerging-market stocks have also historically tracked with G7 economic indicators.

So what's an investor to do? One strategy is simply to buy and hold broad, passive indexes. That can be done through the iShares MSCI emerging markets index (EEM), by far the most popular. There are similar products like the Vanguard Emerging Market ETF (VWO), which also tracks the MSCI index but uses a larger basket of stocks, and the Schwab Fundamental Emerging Markets Index (SFESX), which tracks the London-based FTSE's version. The Schwab index has performed the best of the bunch - it's *only* down 45%. (See correction.)

The typical worry about broad index holding is that emerging market indexes simply move in a "w" like pattern - up and down in equal strokes. That's how they acted for a long time during the 1980s and 1990s, through equal periods of crisis and expansion. Since 2002 they've been way up - over 150% - but will that pattern continue?

Strategists suggest that the world has changed a lot since then, and that there are now genuinely "cheap" moments for emerging markets. One macro trend supporting this is flows between emerging markets that can help them weather global economic storms. Cars, home goods, and even capital now move between China and Argentina, or Korea and India. For the first time in 2007, intra-emerging market trade was greater than trade to the European Union and the United States, according to the IMF.

This is what's known as the "decoupling" thesis. It's often misunderstood to mean that emerging market indexes and U.S. and European indexes won't move together. What it really means is that developing countries will have sources of growth beyond exports to rich countries, as well as growing domestic demand and sources of capital. Over the long haul, the thesis goes, these markets won't just be a more volatile mirror of our own.

Another strategy, one that requires a bit more investment of time and management fees is to pick individual countries or regions that might be doing better than the overall developing world. The cheap way is to buy indexes of individual countries, hundreds of which are available through the iShares MSCI family. You can also pick country-focused funds, like the Franklin Templeton China World fund (TCWAX), JPMorgan Russia Fund (JRUAX), or Matthews Korea Fund (MAKOX).

Such funds are rare, however, and may not give you neutral market exposure. The JPMorgan fund, for example, is down 71% year-to-date, versus only 68% for Russia overall. A small difference, sure, but that kind of "basis risk" can hurt you if you're not paying attention.

You can also buy more carefully managed emerging-market funds that shift between countries and regions depending on how portfolio managers see, for instance, commodity prices affecting the country's big companies or changes in foreign-investment flows. Some of these funds like to diversify with bonds, like the deceptively-named Goldman Sachs Emerging Market Equity (GEKBX). It's down *only* 35% for the year.

Many aren't emerging-markets pure plays, either. They might invest in U.S. and European stocks that win when emerging markets grow, like the Oppenheimer Developing Markets Fund (ODMAX). One of its biggest holdings is HSBC, which has several emerging-market subsidiary banks. That fund is down 46% for the year.

Many international funds that aren't shackled to the emerging-markets thesis also opportunistically invest in what they see as the best of the bunch. "Everything depends on the market," said Lewis Kaufman, ADR manager for the Thornburg International Value Fund (TGVIX), which is about 15% in emerging markets. "There are commodity-centric markets, like Russia and Brazil. And there are markets that gain from low commodity prices, like Korea and China."

The price at the pump, it turns out, does have a lot to do with the price of tea in China.

Correction:An earlier version of this story incorrectly reported that the Vanguard Emerging Market ETF tracks Vanguard's own basket of emerging-market stocks. Back to story.