Where business is booming 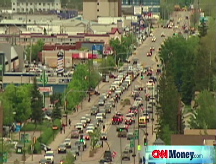 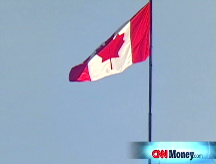 (Fortune Magazine) -- Cold, landlocked, and boasting as its largest metropolis the city of Saskatoon, Saskatchewan may not be top of mind for most Americans. But the Canadian province is one of the richest spots in the world when it comes to natural resources. It's the world's largest producer of uranium. It's the biggest producer of the fertilizer potash (current price: $1,000 a ton, up from $300 this time last year). It is the world's largest exporter of green lentils and chickpeas. And it's home to enormous supplies of oil and gas: The U.S. buys more oil from Saskatchewan than it does from Kuwait. No wonder the CEO of one Fortune 500 company - Jim Prokopanko of Mosaic, which has a potash mine near the town of Esterhazy - describes the prairie province as "the next sovereign wealth fund."

Indeed, Saskatchewan - for the geography challenged, it shares its southern border with Montana and North Dakota - today enjoys Canada's fastest-growing economy; its GDP is expected to rise 3.9% this year, compared with 0.9% for the country as a whole, and it has a $3 billion budget surplus. Entrusted with "not screwing it up" (his words) is Saskatchewan Premier Brad Wall, the pro-business conservative elected in 2007. Wall's goal is actually much more than not screwing it up. He's on a mission to tell Saskatchewan's growth story at home and abroad.

I first met Wall - a glib and personable 42-year-old who's as comfortable talking NFL football as he is quoting Thomas Friedman - when he was in New York City last spring to speak at an energy conference. He promised not to raise oil royalties, which won him a standing ovation from the bankers in the crowd.

But Wall's top priority is at home: He needs to fix Saskatchewan's labor shortage. An area the size of Texas, Saskatchewan has only one million residents. "For any business thinking about building a new mine or expanding an existing one, the top-of-the-list question [in Saskatchewan] is always going to be 'Can we get the tradesmen?'" he says. Because of the shortage, Wall is reluctant to spend much money on new infrastructure projects, despite having the cash to do it. (The province doesn't yet have a sovereign wealth fund, but Wall says it's on his radar.)

Wall wants to grow the population 10% in ten years. So far, his government has launched splashy recruiting campaigns in Alberta, Ontario, and Manitoba, and has sent missions as far as the Philippines to recruit medical personnel.

In September Wall traveled to Toronto along with 50 Saskatchewan employers to sell the province at Canada's national job fair. During breaks he delivered his sales pitch to reporters. "Saskatchewan is not just a great place to live, it is a great place to make a life," Wall would say over and over to anyone with a notepad or a microphone, each time referring the listener to the 10,000 job openings listed at saskjobs.ca. (Diamond driller, salary $56,000, for example.)

Of course, life in Saskatchewan isn't for everyone. The average high temperature in Saskatoon in November is 29 degrees Fahrenheit. The average low in January is 9 below. "We need to focus on finding people who are looking for an economic opportunity," Wall says. But like any savvy marketer, he knows his limitations. "We have to be realistic," he says. "We'd better not be going to anywhere with a warm climate saying, 'Yes, but it's a dry cold.'"