As the financial crisis spreads abroad, it's clear that foreign stocks haven't saved your portfolio. 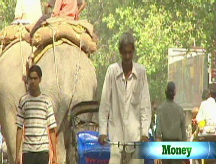 (Money Magazine) -- Is the international investing game over?

In hindsight, it's easy to see why investors have been putting so much money to work abroad. Investing, by definition, is about looking ahead. And until recently you couldn't help but marvel at how much brighter the economic future looked beyond our shores.

Nor could you ignore the fact that stock markets in China, India and even Pakistan had been routinely trouncing ours.

What's more, shifting a big chunk of your portfolio overseas was supposed to be good defense. After all, if a recession or bear market were to strike Wall Street, having a healthy dose of your money in international stocks would offer you shelter in the storm.

As it turns out, your foreign investments haven't protected you at all. In a year in which the S&P 500 has dropped by around 40%, international equities have suffered even steeper losses. The credit crisis that began in the U.S. now threatens to turn the global economic boom into a bust.

The wreckage has been widespread: European stocks have lost more than 50% of their value so far this year, Chinese and Indian stocks are down nearly 70%, and Russia's market has plummeted just about 80%.

In many cases these losses have all but wiped out the edge that foreign equities enjoyed in recent years. In fact, over the past 10 years - the so-called lost decade for U.S. stocks - you would have done slightly better investing in a plain old S&P 500 index fund than in Chinese stocks.

This global bear came as an unprecedented shift in thinking was taking place. Investors who grew up adhering to the Peter Lynch school of "invest in what you know" were starting to get comfortable putting big chunks of their retirement savings in countries they'd never been to.

As an investor, you were told not only that you should deploy money abroad but that you must. Last year, Burton Malkiel, author of "A Random Walk Down Wall Street" and a chief proponent of passive, buy-and-hold investing, declared that "every portfolio ought to have some exposure to China."

Pimco co-chief executive Mohamed El-Erian, in his recent book "When Markets Collide," went so far as to argue that long-term investors should consider keeping nearly two-thirds of their stock portfolio overseas. (Recently in Money we've reported that advisers recommend investing between 20% and 40% of your stock portfolio in international shares.)

It's no wonder that more than 80¢ of every dollar that flowed into stock funds last year went into portfolios that invest overseas. That bet has proved costly. Now that the world is apparently cooling off, it's time to rethink your world view - and reconstruct your global portfolio.

Why have international stock markets behaved so badly? A recovering dollar is partly to blame. Globalization may be here to stay, but the U.S. is still the world's financial safe haven. Amid the recent crisis, global investors have been piling into ultrasafe U.S. Treasuries, propping up the dollar after five years of weakness. While the falling dollar boosted the value of foreign stocks held by Americans earlier this decade, today's strengthening buck is a head wind for foreign shares.

The real problem, though, is that underlying economies abroad have become a drag. As Wall Street's credit crisis spreads around the world, global economies are on the verge of slipping into a simultaneous recession. Economies in the U.S., Europe and Japan are expected to contract by 1% at the very least in 2009.

This will have major ramifications for the emerging markets - the developing economies of Asia, Latin America and Eastern Europe. "Just as prosperity in the Shanghais of the world helped juice the Shreveports, so too will the pain in Boston impact Beijing," says Bob Markman, president of Markman Capital Management in Edina, Minn.

Industrial economies like China and India are particularly at risk. Not only is demand for their manufactured goods softening because of the slowdown in the developed world, but borrowing costs have in some cases tripled.

No one is predicting outright contraction. Economic growth in China is expected to slow, but from 12% in 2007 to around 8% next year and roughly 7% in the next decade. Still, for China, slipping to 7% growth "is like a recession," says Nariman Behravesh, chief economist for IHS Global Insight.

Finally, as a global slowdown depresses demand for natural resources, it's looking as if the rallies in some markets, like oil-rich Russia and commodity-laden Latin America, resembled speculative bubbles more than self-sustaining growth.

When the global economy was booming, even casual investors flocked to high-return markets like Russia and Latin America. "People got carried away with this rhetoric about global growth," says Wendell Perkins, chief investment officer for Optique Capital Management in Milwaukee, "but we forgot the connection between higher returns and higher risk."

Investing isn't just about the prospect of growth - it's also about stable, reliable growth. For an example of the price you can pay when reliability evaporates, consider Russia. With an economy that was expected to expand more than three times as fast as the U.S., Russian stocks gained around four times as much as the S&P 500 in 2006 and 2007. But as forecasts for Russian economic growth have come down significantly, those shares have lost twice as much as the S&P in recent years.

This risk doesn't mean you should ignore opportunities abroad. The world economy is still expected to grow 15% to 20% faster than the U.S. in the decade to come. But be judicious. How much of your stock portfolio should be overseas? In recent years, one popular theory would have you invest 50% or more of your equities in foreign shares because more than half of the world's stock market capitalization resides outside the U.S.

But market capitalization isn't always the best way to allocate a global portfolio. If it were, you would have invested 40% of your money in Japanese stocks in 1990 - just in time for a two-decade-long bear market.

The investment research firm Standard & Poor's studied the performance of domestic and international markets going back to 1970 and concluded that with a 25% stake in foreign stocks, you'll get most of the diversification benefit of global investing.

If you have the urge to make a bigger bet - and can withstand severe short-term losses - you can boost that figure, says Alec Young, S&P's equity strategist. But even for aggressive investors, S&P recommends putting only about a third of your equity holdings overseas.

History says you won't be surrendering much by sticking to 25%. T. Rowe Price recently found that a 75% U.S./25% foreign asset-allocation strategy produced average annual returns of 11.2% between 1970 and 2007. With a riskier 50% stake in foreign shares, you would have increased your returns only slightly - to 11.3% a year.

So how should you fill out that 25% foreign allocation? The vast majority of this money belongs in shares of companies based in Western Europe and Japan, money managers say. Not only is there political and financial stability in these regions, but along with North America they collectively account for nearly three-quarters of the world's output. They're also expected to recover from recession and re-accelerate sooner than the rest of the world.

Today you can buy European and Japanese shares at significantly lower prices than you would have paid a year ago. European stocks are trading at a 70% discount to their recent average, based on price/earnings ratios. As for Japanese shares, they're at a stunning 26-year low, and the P/E ratio for the MSCI Japan index has fallen to around 14, which is a fifth of Japan's average this decade.

For a solid international fund that invests the bulk of its assets in Europe and Japan, consider Dodge & Cox International (DODFX), which is in our Money 70 list of recommended funds. If you feel comfortable with the risks of emerging markets, you should favor countries with a growing middle class, such as China and South Korea, which can probably withstand a global recession better than commodity-driven nations like Russia.

For a Money 70 fund that's heavy in such regions, go with Vanguard Emerging Markets Stock (VEIEX). It counts Korea, China and Taiwan among its top five countries.

Whatever you do, you should invest in emerging markets only modestly - no more than around 5% of your stocks. Yet last year investors plowed nearly as much into emerging markets stock funds as they invested in U.S. blue-chip funds. "That's what I would call a warning flag," says Vanguard founder John Bogle. Alas, investors didn't heed the warning.

What this economy means for you