One firm says its accounting proposal would preserve transparency while stopping the writedown death spiral. 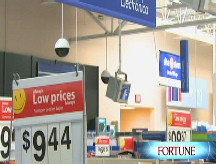 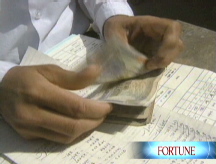 NEW YORK (Fortune) -- Bookkeeping rules have taken a lot of heat in this year's financial meltdown. But some accountants have an idea that could cool the debate over so-called fair value accounting.

At issue are the rules that oblige financial institutions to value securities they hold at the lesser of two prices - the cost at which they bought the item, or the price it would fetch now in the marketplace. As esoteric as it is, the mark-to-market dispute has attracted big names on both sides of the issue.

Accountants and investors such as former Securities and Exchange Commission chief Arthur Levitt scoff at those claims, saying the mark-to-market regime provides vital transparency into companies' financial health. The cascade of writedowns, they contend, reflects nothing more than poor economic judgments made during the boom that ended last year.

As part of the financial rescue legislation passed in October, Congress ordered the SEC to study if mark-to-market accounting helped to accelerate the financial system's meltdown. The agency is due to host the second of two roundtable discussions on the issue Friday morning in Washington, and to report back to Congress by Jan. 2.

As the federal review heads into the home stretch, some accountants are advocating a compromise that would keep mark-to-market rules in place while minimizing the capital-depleting effect of writedowns.

Under the plan, laid out by PricewaterhouseCoopers managing partner Vincent Colman at the last SEC roundtable in October, financial companies would keep marking their securities to market prices - or to their best estimate of the same. Accounting standard-setters have expended considerable effort in recent months laying out additional guidance for how companies can make those estimates without being unduly affected by the distressed conditions in many asset markets.

But in a departure from the existing fair value standard, in which markdowns reduce current-quarter earnings, the PricewaterhouseCoopers approach would have companies count against current income only the portion of the markdown that's judged to be lasting and driven by credit impairment.

Markdowns that are judged to be derived from other, temporary factors - such a lack of liquidity in a given market, for instance - would be counted in another account. That line, called "other comprehensive income," or OCI, currently resides on the balance sheet but would move to a more visible place on the income statement under the PricewaterhouseCoopers proposal.

This approach, says PwC partner Raymond Beier, would alleviate the pressure that writedowns make on banks' capital. Separating the accounting treatment of credit-related losses and other writedowns, he adds, has the added advantage of aligning the accounting for securities with that for whole loans - which are not covered by the current mark-to-market regime.

"This aligns accounting for impairments between securities and loans and offers a better reflection of economic reality," says Beier, who is the strategic analysis group leader at PricewaterhouseCoopers in Florham Park , N.J. " Essentially, then, it amounts to a pragmatic approach to the stress in the system, by alleviating the pressure on capital that markdowns currently cause, while maintaining the transparency that investors desire."

Beier allows that the solution is imperfect, as it would force accountants and auditors to make fine judgments about how long-lasting asset price declines are likely to be - a murky area when many instruments lack for active markets. "Within the general framework of fair value accounting," he adds, "there are measurement challenges inherent in this approach."

But Beier stresses that any moves that increase useful information for investors would be positive. "What's key," he says, "is that investors understand the assumptions that companies make in their valuations."

Giving investors full access to financial information is the main concern for Scott Evans, head of asset management at TIAA-CREF in New York. "The key issue in this debate for investors is one of transparency," says Evans, who says he welcomes adjustments to the fair value rules as long as they give investors as much information as possible. "Transparency is something people will pay for."

The idea isn't favored by all fair-value supporters. Patrick Finnegan, the director of the financial policy reporting group at the CFA Institute in New York, agrees that transparency is paramount but questions the need to split the reporting of incurred credit losses from those related to liquidity and other factors. "That just brings a level of precision that isn't there," he says. "People are looking for a magic wand on this, but how would an auditor know how to make that determination?"

One alternative to the PricewaterhouseCoopers approach that could have the same effect without making the accounting more complex would be for regulators to simply stop using the numbers companies report to investors to calculate regulatory capital.

Rep. Barney Frank, the chairman of the House Financial Services Committee, advocated such an approach in October while saying he didn't want Congress to be the one forcing the issue. "I'm determined, as long as I'm chairman, we won't legislate accounting," he said.

For that much we can be thankful. But a look back at the evolution of the current crisis - which had watchdogs of all sorts sitting on their hands as companies piled risk up to their ears - suggests that those who would wait for the regulators to solve this issue could be waiting for a good long time.