Paulson tells Lehman where to go 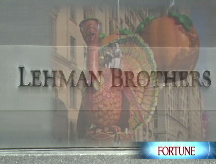 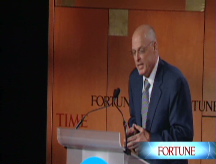 The crisis: A timeline
A shocking series of events that forever changed the financial markets.
View photos
How will history judge them? 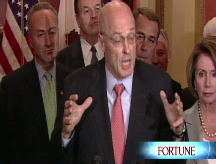 Back uptown, at Lehman, Fuld and McDade were making frantic calls to whoever would listen to their pleas for help, including Paulson, Cox and Geithner. "But it crystallized in the course of the afternoon that it didn't look like they were going to do anything for us," a senior Lehman official said, despite Fuld's belief after having dinner with Paulson in April that "we have huge brand with [T]reasury."

Calls also went out to Lehman's internal restructuring group, to Harvey Miller, the lead bankruptcy counsel at the New York law firm Weil, Gotshal & Manges and to Barry Ridings, a vice-chairman of Lazard and a restructuring expert, that the end was near and the bankruptcy papers - most likely for Chapter 7 liquidation - needed to be prepared.

There was little other choice, since there was no buyer and no deal to do. "We walked into that weekend," Fuld told Congress on October 6, "[and] I firmly believed we were going to do a transaction. I don't know this for a fact, but I think that Lehman and Merrill Lynch were in the same position on Friday night and they did a transaction with Bank of America. We went down the road with Barclays. That transaction, although I believe we were very close, never got consummated."

For his part, Geithner regretted that the FSA decision did not come sooner. A similar decision rendered on Friday would have given everyone assembled at the Fed that weekend more time to fashion another solution. But by Sunday, the clock had run out. If Barclays had been able to deliver, or if the banks had come up with a private sector solution for liquidating Lehman's assets in an orderly way, the Fed could have stepped in. Under those circumstances, it would have had the legal authority to do a deal similar to one it did to facilitate JPMorgan's acquisition of Bear Stearns by lending $29 billion against a pool of Bear Stearns' assets that JPMorgan did not want.

With Lehman Brothers, there was nothing like that on the table. That was one very big difference from the Bear Stearns situation, where JPMorgan wanted to buy the company. Central banks do liquidity; they don't do insolvency, is how Geithner viewed the Fed's role. He felt he did not have the authority to pump capital into Lehman while it was in free fall and Lehman's assets were deemed to be of a lower quality than those of Bear Stearns the Fed financed for JPMorgan (and which have already lost $2.7 billion in value as of October 23). Bernanke and Paulson would get that authority only after approaching Congress to seek approval of what became the $700 billion bailout bill - a bill whose passage was undoubtedly conceivable only in the wake of fall-out in the stock market that followed Lehman's collapse.

McDade and Lowitt, on Lehman's behalf, made one last-ditch effort to convince Paulson that taxpayers should bail out Lehman. They went back down to the Fed and walked the Treasury secretary through a doomsday presentation that Lehman had put together foretelling the likely global consequences in various markets - foreign exchange, swaps and derivatives, among others - if Lehman were allowed to fail. After McDade finished, Paulson told him, "You're talking your own book. We've thought this over."

Paulson not only told McDade and Lowitt that Lehman had no choice but to file for bankruptcy, he also apparently told them the firm had to file for Chapter 7 liquidation by 7 p.m. Sunday night. That would mean a court-appointed trustee would take over the firm, the firm's doors would be locked, and its assets sold as rapidly as possible. By the time McDade and Lowitt returned to the 31st floor of 745 Seventh Avenue, the Lehman board of directors had assembled to vote on the bankruptcy filing. But the directors had decided to hold off until McDade and Lowitt had returned from the Fed with their report. Since McDade had taken over as president of the firm in June, he had displaced Fuld as the firm's day-to-day leader.

"The words," remembered one participant in the meeting, "that Bart used when he came into the board meeting were that 'We were mandated to file. We were mandated to file.' He was very, very, very clear on that." Some shocked board members wanted to know what that meant. What if the board decided to defy Paulson and not file for bankruptcy protection?

Because the Fed controlled Lehman's access to the money it needed to open for business the next day, the point was moot. But then lawyer Harvey Miller had an idea. "They can tell us to do it," he told his client. "But they can't tell us when. And they can't tell us what form." The Weil Gotshal team began preparing for a Chapter 11 filing - a reorganization plan, not a liquidation plan - for the Lehman Brothers parent company allowing the operating subsidiaries, such as the broker/dealer and the asset management business, to continue operating outside of bankruptcy. In the scheme of things, it was a technicality, but it allowed Lehman a modicum of leverage and the chance to tweak Paulson.

But Lehman's ordeal that Sunday night was far from over. First came a tantalizing ray of hope with the word that the Federal Reserve Board agreed to expand the collateral that investment banks could pledge to the Fed as part of both the Primary Dealer Credit Facility - the name given to the historic measure that allowed investment banks to borrow directly from the Fed window after the demise of Bear Stearns on March 16 - and the Term Securities Lending Facility, a $70 billion "collateralized borrowing facility" created on Sunday by banks to enhance liquidity in the marketplace.

When the Lehman executives started to hear on Sunday afternoon that these windows of emergency financing were opening up, they called the New York Fed to see if it were true. If the Fed allowed Lehman to pledge its shaky collateral to the discount window "we might get a reprieve," one Lehman banker said. But the Fed told Lehman, according to this Lehman banker, "'Yeah, we're doing that for everybody else but you. We're going to let you guys go.'"

NEXT: MONDAY MORNING Lehman throws in the keys