GDP drops 0.5% in third quarter, according to final revision from government; figure remains unchanged from prior revision. 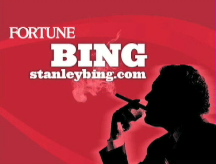 NEW YORK (CNNMoney.com) -- The gross domestic product, the broadest measure of the U.S. economy, fell by the annual rate of 0.5% in the summer, according to the final revision from the Bureau of Economic Analysis, released on Tuesday.

The report compares the three month period that ended Sept. 30 to the preceding quarter. The measure was unchanged from the government's prior revision for the third quarter, and it matched economists' expectations that were compiled by Briefing.com.

The 0.5% decline marks the biggest drop in seven years. A 3.8% slump in personal consumption during the third quarter helped to drag down the overall GDP, according to government figures.

"People just aren't out there shopping their hearts out," said David Wyss, chief economist for Standard & Poor's, who also blamed the contraction on a decline in business-related spending and construction.

Despite the seven-year low, Wyss referred to the 0.5% decline as "a very slight negative." He projected that the fourth-quarter GDP will plunge by 6%, which would be the biggest decline since 1982.

"If you want to see bad, wait till next quarter," said Wyss/

GDP rose by an annual rate of 2.8% in the second quarter, according to Commerce Department. Growth at that time was spurred by economic stimulus checks and strong exports.

Americans back auto bailout, for now