You shouldn't expect regulators to catch bigtime financiopaths like Bernie Madoff - that's not how the world works. 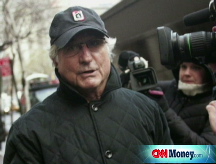 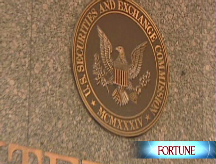 NEW YORK (Fortune) -- Yes, there really are times when life imitates art. A case in point: the Bernie Madoff scandal, in which the disgraced investor bears a startling resemblance to Zero Mostel's sleazy theater promoter in one of my favorite flicks, "The Producers."

What do the real-life Madoff and Mostel's fictional Max Bialystock have in common? They used the same principles to pull off a big-time financial fraud. These are: If you're going to steal, steal big. If you're going to cook the books, make up numbers of your own - don't try to doctor the real ones. And, finally, if you're going to fleece people, turn down enough potential investors so that those whose money you take feel so honored that they don't do basic homework to find out about you.

No, I'm not making light of what Madoff did, which has ruined the lives of people who went to sleep feeling rich and woke up poor, and which has devastated worthy charities. I'm just trying to show you how the world works, and why we see the same things, year after year, decade after decade, with frauds like Madoff and the Bayou hedge funds and other less famous sleazoids.

How could the Securities and Exchange Commission, which admits it had gotten tips about Madoff for years, bring some penny-ante insider-trading claim against Dallas Mavericks owner Mark Cuban while failing to see that Madoff was ripping off billions from the likes of Elie Wiesel's foundation?

Not to prejudge the SEC's investigation of itself, but I'll bet the answer will turn out to be that things have always been this way and probably always will be. If commission enforcers get a bigger budget and are treated with respect rather than being dissed (including, I'll bet, by some of Madoff's victims) as an obstacle to free markets, things may improve. But don't expect a fraud-free era to ensue.

I'm saying this not out of cynicism but because I know how regulators generally work. I've seen it for years, in fields ranging from department stores to oil-drilling partnerships. You're likely to get caught if you run a few inches outside the baseline, because regulators are set up to catch that. But run so far out that you're playing on a whole different ball field? You can get away with that if you're enough of a financiopath, and your luck holds.

Take the mutual fund "market timing" scandal kicked over by Eliot Spitzer back when he was New York's respected attorney general rather than its disgraced "love guv." As you may recall, many foreign-stock mutual funds - which, like all mutual funds, are regulated up the wazoo by the SEC - were allowing hedge funds to do quick trades that ripped off the funds' long-term investors by diverting profits from them to the hedgies. (This really should have been called "skimming," but that's another story.)

Spitzer's folks got tipped to this game by an informant - but it turned out there had been plenty of hints, such as hedge funds telling clients about their "timing" activities. The reason the SEC didn't find this during its routine audits was that it wasn't looking for it. Who'd have thought that funds would be so stupid as to risk their most valuable asset - their reputation - for the relative crumbs the hedge funds threw them?

No one picked up on our fictional friend Max Bialystock because he made up a fraud from whole cloth - he sold investors 25,000% of a ghastly, tasteless musical, "Springtime for Hitler," that was designed to fail and let him keep the money, but became a huge hit. Like Madoff, Bialystock didn't have enough money to pay off investors who wanted their dough.

Both scamsters also generated an aura of exclusivity by not taking money from just anyone. "It's due diligence by crowd, and it doesn't work," says Jim Mintz, whose Mintz Group specializes in background checks.

There's a big move on for the SEC to regulate hedge funds. It's a worthy idea. But trust me. If a big fund is engaged in a big fraud, the SEC's unlikely to find it without an outside tip. Or maybe even with one. That's how things worked with Madoff. And how they work in the real world. And how they'll probably always work.