Even as the reviews Website takes a hit from the economic slowdown, it has launched a U.K. edition. 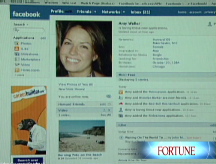 SAN FRANCISCO (Fortune) -- People gotta eat. They need plumbers and carpet cleaners and attorneys and dentists. And not just in the United States. These are global necessities, and now more than ever, we all have to be careful about how we spend our money on such things.

So what better time for Yelp to take its show on the road?

The reviews Website turned on the lights on its U.K. property this week, taking its unique sense of crowd-sourced enthusiasm across the pond. "We're excited," says COO Geoff Donaker. "It looks like there's a lot of pent-up demand in London."

Typically when Yelp enters a new market, it sources information from the phone books to get started, and hires a handful of professional reviewers to seed the site with takes on some of the most popular places. From there, the enthusiastic locals take over, filling the site with the wisdom of the crowd.

Opening a site overseas is similar, though complicated by different address schemes and different types of phone books and business directories.

London was an obvious first step beyond North America (Yelp opened in Canada in August) because of the language, of course, and because people there were already using the service.

"More than 100,000 people were already using Yelp in the U.K. last month," Donaker says. "The only thing they would have been using it for would have been travel planning to the U.S."

Yelp executives plan to let the editorial side grow for at least a year before they even think about putting salespeople on the street. Meanwhile, back in the United States, Donaker acknowledges that the economic downturn is hampering not only consumers' ability to spend money eating out, but also on the ability of all small businesses to advertise.

The good news is that restaurants represent only 34% of the reviews on Yelp. It's the biggest single category, but the company is not entirely reliant on that sector.

The bad news is that while healthcare and home services tend to be more recession-proof, everyone's hurting.

"Every small business is trying to spend less," says Donaker. "On the other hand, those who are advertising are looking for more performance-oriented marketing channels."

Yelp's primary ad model works much like Google's Adwords, where a customer pays to have a business appear when a consumer searches on a keyword. They can also place coupons on their Yelp site for free.

The traffic to the site continues to rise in spite of the economy. According to Yelp's own numbers, overall traffic grew from 16.5 million unique visitors last month, almost triple the number from a year ago. It has doubled the number of markets it serves in the past year, and total number of reviews has more than doubled to 4.5 million.

In other Yelp news, the Bay Area media has been all over the news of a lawsuit filed against a Yelper by a local chiropractor over a negative review. (The defendant has posted an info page here). Yelp hasn't been named in the suit, but obviously stands to be hurt by a ruling for the plaintiff. If Yelpers are scared to express themselves, then the site becomes less useful and, ultimately, goes away.

Donaker seems unconcerned, calling the suit "old news," and says the Yelpers are very much protected under the founding rules of the country. "The freedom of expression goes back hundreds of years," he says.