U.K. bailout a model - with flaws 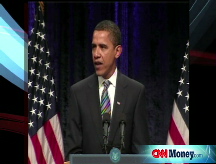 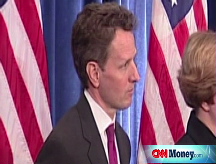 NEW YORK (Fortune) -- Have the Brits found the way to unclog a backed-up banking system?

The U.K. government on Monday offered to insure the value of some big institutions' troubled loan portfolios. The program, which is similar to the ones that U.S. regulators have extended to Citigroup (C, Fortune 500) and Bank of America (BAC, Fortune 500), aims to "reinforce the stability of the financial system, to increase confidence and capacity to lend, and in turn to support the recovery of the economy," the U.K. Treasury said in a statement.

Offering loan guarantees to a broad array of banks is reportedly among the options being considered by incoming President Barack Obama as he seeks to restore economic growth.

The problem, said Joseph Mason, a finance professor at Louisiana State University, is that a loan guarantee plan -- like TARP -- will not necessarily force the banks to fully recognize their losses on souring positions taken on during the credit boom that ended in the summer of 2007.

Banks must write off bad loans and raise new capital, Mason said. Otherwise, he added, any taxpayer funds used in support of the financial system merely serve to prop up existing institutions, including troubled ones -- at great expense to Americans whose own finances are coming under substantial stress.

"Until we start recognizing the losses, we're just engaging in crony capitalism," said Mason, who is also a banking industry consultant. Executives of banks that get federal support without being force to take adequate writedowns, he adds, are "using Congress as a piggybank."

Treasury Secretary Henry Paulson used much of the first half of TARP to buy preferred shares in banks, using the rationale that banks' capital shortfalls needed to be filled before they could be depended on to extend loans to expand the economy. Under the plan, big banks such as Citi, JPMorgan Chase (JPM, Fortune 500) and Goldman Sachs (GS, Fortune 500) got billions of dollars in federal funds with few strings attached. Paulson said the plan -- which he adopted after regulators in the U.K. launched their own plan to buy banks' preferred shares -- resulted in a more stable financial system.

But the sharp decline in the economy at the end of 2008, together with the crises that forced the government to come up with more than $400 billion in aid for Citi and Bank of America, led many observers to conclude that the Paulson plan was inadequate.

Bank stocks have fallen sharply this year as investors have started to grapple with the depth of losses in the banking system.

The problems aren't limited to these shores. On Monday, one of the biggest U.K. institutions -- the Royal Bank of Scotland -- said it might lose as much as $41 billion for 2008, as it struggles to turn a profit on its core banking business and writes off the amount it overpaid for previous acquisitions.

The developments come as the Obama administration promises to bolster the credit growth that it says backs all sorts of U.S. economic activity. David Axelrod, senior adviser to Obama, said on ABC's "This Week" Sunday that Obama would emphasize that lenders need to keep funds flowing to keep an already sputtering economy from slowing even further.

"I think he is going to have strong message for the bankers," Axelrod said. "We don't want them to sit on any money that they get from taxpayers."

But Ed Gainor, a structured finance lawyer at McKee Nelson in Washington, said dictating that lenders must lend - as Monday's U.K. plan does - could be counterproductive. One reason lenders are conserving capital, he noted, is that the economy is slumping -- which raises the odds that even good borrowers will default as they lose their jobs.

"Demanding that they make loans is somewhat silly on a grand scale," says Gainor. "If the lenders can lend and make a profit, that's what they will do."

Mason said the strong message the government needs to send is that existing losses must be recognized, and failing institutions allowed to fail.

These processes will be painful, he said, potentially adding to the unemployment rolls at a time when joblessness has soared by more than 2 percentage points in the space of a year.

But taking the pain now is imperative if the financial crisis is to be dealt with while it's still tractable, Mason said.

"Socially we've reached a point in this country where we act like there are no losers," said Mason. "But this isn't the kids' soccer game. There are losers here, and we have to deal with that."

Obama gets $350 billion under TARP