Myths and truths about Japan's stimulus

Critics of President Obama's giant spending plan like to point to Japan's experience as evidence that stimulus won't work. But the real lessons may be more subtle. 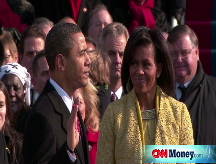 NEW YORK (Fortune) -- As Barack Obama gets ready to sell his stimulus plan to the country, some critics are saying that massive government spending won't work. One big reason they're skeptical: Japan's experience in the 1990s, the country's so-called Lost Decade. But are they missing the real lessons?

To review a little history: After a stunning rise in Japan's real-estate and stock prices in the 1980s, both bubbles burst to create a mess similar to the one the United States. is experiencing now. Over the next several years, the Japanese government launched several stimulus packages to jump start the economy through public-works projects and loan programs. And yet from 1996 to 2002, the country's economy stalled: per capita GDP grew a paltry 0.2%.

Conservative critics like the Wall Street Journal's editorial board have been using Japan's experience as evidence to be wary of stimulus packages altogether. In an editorial last month entitled "Barack Obama-san," the Journal listed all of Japan's stimulus attempts, and then intoned: "Not to spoil the party, but [stimulus spending] is not a new idea...How do you say 'good luck' in Japanese?"

However, as in any reading of history, the closer you look the more nuanced the lessons. For many, the moral of the story isn't that Japan erred in deciding to use fiscal policy to fix their economy -- its failure was in the execution.

For one thing, there was dubious logic behind too many of Japan's infrastructure projects. "It was the epitome of bridges to nowhere," says economist Ed Lincoln, director of the Center for Japan-U.S. Business and Economic Studies at New York University. "There was apparently a $2 billion bridge built to an island of 800 people."

And even before the financial crisis hit, Japan was wasting money on pork-barrel projects, so by the time the Japanese ramped up spending in the 1990s, they had run out of worthy projects to fund. The United States, by comparison, has a long list of needy spots. (Witness the Minneapolis bridge collapse in 2007.)

Lincoln adds that at its peak in the 1990s, the government was spending 8% of GDP on public works projects. By comparison, the United States now spends about 3% - even several hundred billion dollars in proposed projects would not get the United States to Japan's peak.

Another lesson: Don't forget that the main problem in the United States right now lies with the financial sector. And you can't necessarily spend your way out of that.

"If you haven't fixed the core problem that started it all, which is the real cleaning up of balance sheets in the financial industry, it's gonna get you nowhere," says Carmen Reinhart, professor of economics at the University of Maryland.

This means Obama needs to maintain focus on the Troubled Asset Relief Program, or TARP, even as he launches an ambitious stimulus package. "As long as the finance industry is mired in this overhang of bad debt, we're not going to get normal lending," says Reinhart. "And if you don't have normal lending, many segments of the economy are paralyzed."

Finally, any action by the government needs to be done swiftly and decisively.

The Japanese government's efforts were spread over several years but it was as if its leaders couldn't pick one strategy and stick to it. After passing a series of stimulus packages in the early 1990s, the economy showed signs of improving; by 1995, GDP was growing at roughly an annual rate of 2.5%.

And then the government took a fateful step. Worried about its growing debt, Japan raised its consumption tax two percentage points, to 5%, in 1997. And the economy, by now also hobbled with deflation, sunk into a recession.

"When you look at the Japanese crisis, you really don't see the drama of a collapsing economy and a big contraction of the economy and sharp increase in unemployment," says Reinhart. "What you see is this lingering malaise in which a very rapidly growing, buoyant economy becomes one that's limping along."

The trouble with any debate over Japan's stimulus in the 1990s is that it's impossible to know what would've happened if the government had taken lesser action. Many argue the situation would've been worse.

One thing is certain: Japan still faces a mountain of debt from all its spending; debt is now around 200% of GDP, vs. 45% for the U.S. And the U.S. can count on a similar situation if it embarks on more big-government spending.

In the end, though, looking to history can yield only so many lessons. Very few other countries have faced a comparable crisis followed by a huge government stimulus, and Japan is only one scenario. "I think it is extremely dangerous...to draw large lessons from one observation," says Reinhart. "Using the Japan example to make a bold statement about whether stimulus packages work or not I think is on very shaky ground."