Embattled CEO Ken Lewis pledges to show where taxpayer money is being spent on lending and investing. 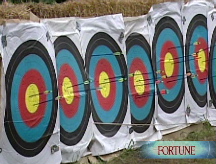 NEW YORK (Fortune) -- Bank of America chief executive officer Ken Lewis and top Democrats in Washington are in agreement on one point: Americans need to know what their banks are doing with taxpayer funds.

Lewis said on Wednesday that the troubled banking giant will soon start to publish reports tracking how much it is lending.

Charlotte-based Bank of America (BAC, Fortune 500) said after the market closed that it will provide data on its lending and investing activity in 10 key areas. The company said the move will help it document its efforts to counter the steep downturn in the economy.

"As America's largest bank, Bank of America must play a leading role in providing the capital and liquidity that will help revitalize the U.S. economy," Lewis said in a press release.

The move comes as both Lewis and his bank are under attack from Washington and Wall Street.

Congressional leaders and officials in the Obama administration are trying to push banks that have received federal bailout money to show they aren't simply hoarding the funds.

BofA has received $45 billion in taxpayer funds via Treasury purchases of preferred stock, and more in loan guarantees.

The bank was among nine major institutions to get an initial infusion of federal bailout money last October, after Congress passed the legislation that led to the Troubled Asset Relief Program, or TARP.

Earlier this month, Bank of America received its second round of federal financial help -- $20 billion more from Treasury in a sale of preferred stock and $118 billion in loan guarantees tied to the purchase of Merrill Lynch.

"What troubles me is Treasury was asked by [the Government Accountability Office], 'How much lending is going on?' and Treasury seemed to be saying we're not going to find out," Frank said on Dec. 10.

BofA shares have been in free fall amid worries that further government intervention might wipe out shareholders - a notion Geithner appeared eager to bat down Wednesday. He said the administration would like to keep the banking sector private.

Revelations that Lewis learned last month that losses at Merrill were running much higher than expected, but didn't tell shareholders, has led to questions about his standing with BofA's board, which met Wednesday.

The Financial Times reported that BofA was preparing to adopt a plan in which top executives would have their 2008 bonuses deferred and paid over the course of three years.

This follows other reports that Merrill paid $4 billion in bonuses for 2008 -- a year in which the brokerage firm lost $27 billion and was forced to sell itself to BofA or face a funding shortfall.

Analysts have said the Merrill headaches were an embarrassment for Lewis and helped lead to the departure of Merrill chief John Thain after just weeks on the job at BofA.

Ken Lewis in the hotseat