The oil company rides $147 crude to set an all-time high despite oil price collapse in back half of the year. 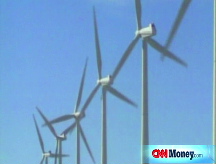 But Exxon's quarterly profit fell over 33%, as crude prices dropped precipitously in the last quarter as recession spread through the globe.

The company reported total revenue in 2008 of over $477 billion, giving the company a profit margin of about 9%. That's in line with other manufacturing industries, and far below the margins seen in other sectors, such as tech.

The company returns most of its profit to shareholders, distributing about $40 billion in 2008 in the form of share buybacks and dividends.

It also said it stepped up its efforts to find oil, spending about $26 billion on capital and exploration projects, up 25% from 2007.

Some have said the company returns too much money to shareholders and not enough finding new oil, a situation that drives up oil prices for everyone.

Exxon reported a 1% decline in oil and natural gas production in 2008.

But the company has argued that it's hard to tap new, lucrative oil fields overseas in the face of rising nationalism. It has also said other projects were too expensive at the time, a decision that's been somewhat vindicated given oil's sharp fall in price.

Oil prices, the driving force behind oil company profits, swung widely in 2008. Crude hit a record $147.27 in July, as surging global demand and wide investor interest pushed up commodity prices across the board.

But as the credit crisis spread and cracks emerged in the global economy, money fled the oil market. By December crude traded in the $30s.

Although stocks in general and oil stocks in particular have fallen sharply in the last few months, Exxon's share price has held up quite well. Exxon shares are down 9% in the last 6 months, compared to a drop of over 30% in the broad Standard & Poor's 500 index.

Analysts have credited the company for a shrewd, if controversial, management style - avoiding lots of spending on expensive projects to find and develop oil when prices were high.

The recent drop in oil prices recently has also muted calls for a special windfall profits tax - popular during the summer months when crude traded over $100 a barrel.

During his campaign, President Obama called for a special tax on oil profits whenever crude went above $80 a barrel. But with oil prices currently trading around $40 a barrel, and an unprecedented financial crisis to deal with, legislation targeting oil companies has been on the back burner.

Exxon in the fourth quarter

But Exxon, which sells more barrels of refined products such as gasoline than it does crude oil, made up for some of the losses with higher profits on the refined products.

The price for gasoline, diesel, jet fuel and the like didn't fall as much as oil prices in the quarter, so the profitability on those products increased, although marginally.

It made about $2.4 billion selling gasoline and other refined products, up from about $2.3 billion in 2007.

Exxon spent $6.8 billion finding and developing new oil reserves in the quarter - up 11% from 2007 - despite the fall in oil prices.

But it's not clear if the increased spending is the result of more actual activity or simply higher costs.

Oil prices began the year at $100, shot to a record $147 during the summer, and hit a low of $33 in December. The rollercoaster had a lot of people asking just what's going on. Tight supply and investment money were the most common explanations.

When oil hit $147 this summer, demand was strong. The world was capable of producing just one or two million barrels a day more than it was using. Investors were scared a supply disruption from a political hot spot would result in a shortage, or worse, demand would outstrip supply.

Higher prices encouraged conservation and an influx of money into finding alternative fuels and more oil. They also caused great hardship for motorists, which some say contributed to the current recession.

Then the financial crisis hit, but demand did not collapse - only so much conservation can occur in a short period of time - but oil fell enough to bump up the difference between what the world can produce and what it uses to about 3 or 5 million barrels a day.

The investment money fled the market - both in response to the stability that extra oil provides and the need to cover losses as bets across the board soured. But most analysts say that when the economy recovers, oil prices will spike once again.

Exxon: Waiting for the tiger to pounce
Features
2011 Fortune 500