Slim chance of a turnaround in 2009

Consumers and businesses have retrenched so deeply that it will take a long time for the economy to stage a meaningful comeback. 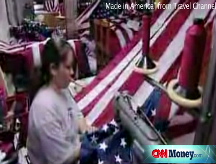 NEW YORK (Fortune) -- At first glance, the fourth-quarter GDP report released earlier today produced a moderate surprise in that it didn't show a contraction quite as deep as had generally been expected by most private economists. The so-called consensus forecast, based on various surveys, had been looking for a decline of around 5.5%. However, there is little overall reason to cheer simply because the economy contracted at a rate of "only" 3.8% last quarter (following a 0.5% decline in the third quarter), according to the Commerce Department's preliminary calculations.

Here's some key reasons for which, in reality, the data offer very little encouragement for the medium-term prospects of the economy.

1. The consumer pullback is severe and enduring. Personal consumption declined at a rate of 3.5%, which alone subtracted two and a half percentage points from GDP last quarter and followed another sizable decline of 3.8% in the prior quarter. Back-to-back declines of that magnitude are very rare and can only be compared to the cumulative decline in spending in the first two quarters of 1980, when the economy was experiencing a particularly sharp and deep (although short-lived) recession.

By way of comparison, during the historically severe and long recession of 1981-82, consumption contracted in only a single quarter by a more moderate 3%. In the 1990-91 recession, spending fell by 2.8% and 1.7% in two consecutive quarters, while there was no single-quarter drop during the 2001 recession.

2. Warehouses are filling up at a fast rate. A major reason for which the decline in GDP in the fourth quarter was contained is the sharp buildup in the rate of inventory accumulation, to the tune of $36 billion, which added 1.3 percentage points to GDP growth. Such a sizable rise in inventory accumulation in the midst of a major retrenchment in consumer spending does not bode well for growth in the early part of this year, as companies are likely to cut back on production further as they meet the weak consumer demand by drawing down on their inventory levels.

3. Companies have slashed their budgets. Capital spending, one of the key pillars of economic activity in normal times, appears to be caving in precipitously, consistent with the tone of the broader economic and financial environment in recent quarters. It is certainly true that capital spending is a highly cyclical component of GDP and tends to pull back quickly in periods of economic downturn. However, once again, it is the magnitude of the decline in the fourth quarter (19.1%) that is troubling. If that number stands after the subsequent revisions (or, if it is revised lower still), it will exceed the 18.8% contraction in capital spending during the second quarter of the infamous 1980 recession.

4. The numbers may get worse. Finally, it is important to remember that today's GDP number is only a preliminary estimate, subject to two back-to-back revisions in late February and late March, as the Commerce Department gathers more complete data for the various components. Recent history shows a strong pattern of very substantial revisions to the preliminary GDP estimate and, in that light, a considerable risk exists that today's 3.8% number may be revised somewhat lower in the end rather than higher.

The bottom line from the fourth-quarter GDP report is that it has already set the stage for more contraction in economic activity in the first quarter of 2009, as consumer spending remains weak, capital spending continues to shrink and last quarter's inventory bulge will probably not be repeated again. One slight consolation is that consumer spending is unlikely to register such a big decline as in the second half of last year, given that some pent-up demand will help contain the pace of further retrenchment.

There was little reason, based on the fourth-quarter GDP report, to alter expectations regarding the basic trajectory of economic activity later in the year. While the pace of contraction could moderate somewhat as the year progresses, given the dynamic already in place and a still unfolding banking crisis around us, the prospects for any meaningful turnaround before the end of the year remain pretty slim.

First Published: January 30, 2009: 1:22 PM ET
Economy: Sharpest decline in 26 years
How to manage your business in a recession
Why Wall Street could go to jail
Don't forget those toxic assets