Could this be you? The recession is throwing millions out of work. What the new jobless class can tell you about what it's like out there. 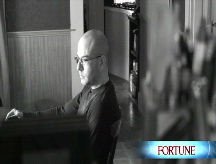 (Fortune Magazine) -- The numbers are staggering, especially because the tallies are being measured in human beings: Caterpillar (20,000 layoffs), Alcoa (15,000), Boeing (10,000), Pfizer (8,300), and tens of thousands more. The toll of jobs lost in the United States since the recession began is heading toward three million.

Unlike previous downturns, this one is not confined to the tech or manufacturing sectors. It is the Equal Opportunity Recession, winding its way into every corner of the economy.

To put faces on the numbers, Fortune interviewed dozens of jobless people across the country. They are old and young, rich and poor, from rural Maine and urban California. They are your neighbor or your nephew. Or they are you.

They may be from radically different backgrounds, but these job seekers have a few things in common: frustration, fear - and resilience. They want to work. They have treated unemployment as a full-time job in itself because they have learned that in the end, they have only themselves to rely on. Here are their stories.

In her final weeks as an assembly-line worker, Barbara Philpot spent an entire summer just sitting and waiting for her time to run out. "My last day was Aug. 31, 2007," recalls Philpot, a 22-year factory veteran, "but they had already closed down the facility. All we did was sit in an auditorium and sleep or play cards. It was depressing. They gave us a lunch our last day for everybody who was still there, a fried-chicken lunch. Who wants a piece of chicken when you know your demise is coming? I'd rather have had the $5 it cost."

Philpot and her former co-workers Michele Scales and Annette Ison had collectively spent almost six grimy but gratifying decades in the factories of Dayton, where they worked for auto-parts maker Delphi (spun off from GM in 1999). Philpot ran a giant welding machine, Ison worked on the line, and Scales had just finished training to be a factory plumber. They never thought they'd be the last of their families to work at the plants, but GM's decline accelerated more quickly than anyone imagined. In 2005, Delphi filed for bankruptcy protection. By the fall of 2007 the three women were spare parts.

"Dayton has always been an automotive city," says Ison, "but it's becoming a dried-up town." In Moraine, the suburb where the three women worked, the community is ebbing as well. Thirty-year-old family restaurants are closing. Foreclosure signs are spreading like cracks in a sidewalk. The women still feel resentment from others who remember when Delphi was part of the GM (GM, Fortune 500) gravy train. "I get so tired of people thinking that because you worked at GM, life is so great," says Philpot. "Life is a day-to-day struggle now. I used to love my job. I wish every day I wake up that I could punch my clock and do my eight hours. I never, ever dreamed it would end up like this."

Former Delphi union employees do have some benefits. With unemployment and supplemental pay, they'll receive health care and about 70% of their hourly wages until 2010. They also get money to go to school. But there have been misunderstandings, particularly about the terms of the severance. All three women mistakenly thought they were entitled to more money. They didn't understand that they had to go to school to keep collecting unemployment, and didn't know there would be restrictions on what they could study. Bad enough they'd been laid off. Now they had to take midterms?

"The last time I was in school I had ovaries," says Scales, who has undergone 21 surgeries in the past five years due to complications from a mastectomy and hysterectomy. Scales had just finished her training in May 2007 when she was told she'd have to help pack up the company's equipment. "I shipped my job to Mexico," she says. Scales' experience is in industrial, not residential, plumbing, and she says there are no industrial jobs out there. Now she's hoping to land a management position in plumbing by completing an associate's degree. Unable to get funding for that, Scales took out a student loan. "I'm in foreclosure. I don't know how long I can stay in my house. That's another thing that makes it hard to study. I feel like my life is depending on this." -- By Joan Caplin

Next: A career counselor takes his own advice