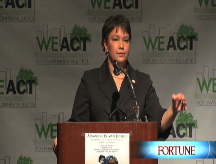 The Dow Jones industrial average (INDU) added 3 points, or less than 0.1%. During the session, the Dow had fallen to the lowest point since Nov. 21, considered by some to be the low of the bear market.

The Nasdaq composite (COMP) lost less than 3 points or 0.2%.

The Federal Reserve revised lower its economic outlook for the first half of the year, saying it expects the economy to shrink and unemployment to rise. The report, released in the afternoon, was part of the minutes from the last Fed policy meeting in which the bankers held interest rates steady at historic lows.

Stocks have tumbled over the past week on fears that the U.S. government's plans to soften the recession won't work in the face of an accelerating global slowdown.

"We keep punting the problem a couple of months down the road and hope that the economy turns around," said Scott Armiger, portfolio manager at Christiana Bank & Trust company. "Overall, we're not fixing the problem."

On Wednesday, Obama unveiled a multi-billion dollar plan that is meant to help up to 9 million borrowers who are struggling amid falling home prices and unaffordable mortgage payments. (For details, click here)

Yet, investors remain worried about the prospects of an economic recovery and the timeline for any turnaround.

The Obama administration released some initial information last week about the multi-billion dollar bank bailout plan. But details were scarce and financial stocks have suffered since then. On Tuesday, President Obama signed into law the $787 billion economic stimulus plan. But there are concerns that the plan is too heavy on spending, Armiger said.

Thursday brings quarterly earnings from General Motors, the weekly jobless claims report and a reading on wholesale inflation, all before the start of trading.

The index of leading economic indicators is due after the start of trading, as is the Philadelphia Fed index - a regional manufacturing survey.

Another report showed production at the nation's factories and mines slumped 1.8% in January, worse than expected.

Fed Chairman Ben Bernanke said Wednesday that the central bank will improve how it discloses information because of greater interest in its ballooning balance sheet. Bernanke spoke at the National Press Club in Washington, D.C.

Autos: As had been expected, the auto makers went back to the table late Tuesday to ask for more government money to stay afloat.

Chrysler said it will need at least $5 billion more to turn the company around. GM said it needs an additional $9.1 billion and could require another $7.5 billion in the next two years if conditions deteriorate. The companies also said they would cut 50,000 jobs worldwide by the end of the year. (Full story)

Company news: Goodyear Tire & Rubber (GT, Fortune 500) said it will cut 5,000 jobs this year, as slowing auto sales have eaten into demand for its products.

Comcast (CMCSA, Fortune 500) reported a weaker quarterly profit and said it lost 233,000 subscribers in the fourth quarter of 2008. However, excluding charges, the cable provider's profit was better than what analysts were expecting. Shares fell 4% in active Nasdaq trading.

General Electric (GE, Fortune 500) CEO Jeffrey Immelt said he gave up a 2008 bonus and other compensation in the aftermath of GE's weaker earnings and sliding stock price last year.

Lending rates were little changed. The 3-month Libor rate was 1.25%, unchanged from Tuesday, according to Bloomberg.com. The overnight Libor rate fell to 0.3% from 0.31% Tuesday. Libor is a bank lending rate.

Other markets: In global trading, Asian markets were mixed and most European markets ended lower.

The dollar gained against the euro and the yen.

U.S. light crude oil for March delivery fell 31 cents to settle at $34.62 a barrel on the New York Mercantile Exchange.

Gasoline prices decreased three-tenths of a cent to a national average of $1.957 a gallon, according to a survey of credit-card swipes released Wednesday by motorist group AAA.