What Margaret Mead could teach techs

Big tech firms are hiring social scientists to help them figure out the changing landscape. 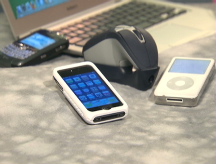 (Fortune) -- While traveling in China, Genevieve Bell figured she'd have no trouble getting a cell phone. With cash, a passport and official documents from her employer, she went to a local shop where phone packages lined the walls, and asked for one.

I don't have any, the shopkeeper said.

She noted that she could see boxes of them all over the store.

They're bad phones, he said.

I'm only here three weeks, she confided; it can be a terrible phone. But he still wouldn't sell her one. "It was like a really bad Monty Python routine," she recalls.

The problem, it turns out, wasn't the phones -- it was the phone numbers. Numbers carry symbolic significance in China (8 and 3 are good, 7 is awful) -- and when this particular shopkeeper had run out of good numbers to match with phones earlier in the day, he stopped selling phones altogether. Come back tomorrow at 9 a.m., he said, and I'll sell you a phone with a suitable number.

The encounter illustrates how technology and culture blend in new ways in a global society powered by cell phones and PCs. It also serves as an example of why Intel (INTC, Fortune 500), a company known for employing computer scientists, employs Bell, an anthropologist.

She's not a new hire. Bell has been with Intel since 1998 -- but her job is arguably more challenging now. These days, as Director of User Experience in Intel's Digital Home Group, part of Bell's job is to help the company understand quirks of human behavior that could determine whether its strategies fly or flop.

With computers taking new forms and turning up in new places -- at that phone dealer's shop in China, for example -- that job is harder than ever to do.

These days the tech landscape is an unpredictable jumble. A sampling: Consumers (particularly in Europe) are clamoring for shrunken, underpowered PCs called netbooks, much to the surprise of the major PC makers.

Amazon's Kindle 2 wireless e-book reader is in high enough demand to claim the No. 1 spot in its electronics store -- beating out the iPod Touch. (Not bad considering Steve Jobs last year dismissed the Kindle's chances because "people don't read anymore.")

Foreclosures are reaching historic highs -- yet in the depths of the worst recession in recent memory, consumers are still ordering movies from Netflix, buying downloaded software for the iPhone, and shelling out for wireless data plans.

You need an anthropologist to begin making sense of it all.

Within tech companies, the practice dates back at least 30 years to 1979, when the Xerox Palo Alto Research Center hired an anthropology grad student to help engineers build copiers that human beings could actually figure out how to use.

And tech industry anthropologists aren't just studying consumers. IBM, for example, has an army of social scientists studying the workplace as well.

Jeanette Blomberg, an anthropologist who joined Big Blue six years ago, leads a Silicon Valley-based group that studies how people use technology at work. IBM hired her to help keep things chugging along in its highly profitable services operation. Since technology services are as heavy on people as they are on technology, the company figured it should have some brainy types studying people, too.

So if these anthropologists are so smart, why doesn't everything in tech work better?

Talk to these folks for a while, and it's clear that their role isn't to fix every product -- sometimes their role is to bring back stories from around the world that challenge the company's assumptions.

At Intel a decade ago, Bell helped push the idea that as PCs went mainstream, the home PC would look very different from the work PC, and would be used for different things. "These would be consumer computing devices that wouldn't just trickle down out of the office and into people's homes," she says.

Lately, the global economic crisis has been putting Bell's culture-cracking skills to the test. Recently she and other Intel social scientists have been scouring the historical record, looking for clues about how tough times might change consumer technology tastes and behaviors. The downside is obvious -- orders for Intel chips tanked along with global PC sales at the end of 2008 -- but there are glimmers of opportunity.

It turns out that in a bad economy old ideas die faster, while socially driven technologies actually catch on more quickly. Movie theaters experienced a boom around the time of the Great Depression, Bell says. And radios went from a hobby for geeky boys to mainstream acceptance, as families gathered in living rooms to hear the latest escapist programming. "Radio went from 10% of homes to 70% of homes in a five-year period when no one in America had any money," Bell says.

That's got to be encouraging news for companies that are trying to sell new ideas, no matter where in the world they're doing business.