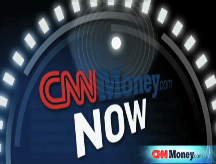 The hedge-fund debacle and the fateful decision to lend $1.5 billion to the High-Grade Fund led to Bear Stearns' first quarterly loss in its 85-year history, in the three months ended November 2007. Besides Cioffi and Tannin, there was other collateral damage. On August 1, 2007 Jimmy Cayne fired Warren Spector. On January 2008, Cayne resigned as CEO probably within days of a coup d'etat that was percolating throughout the firm's corridors. (Cayne remained the Chairman of the firm's board of directors).

With both Cayne and Spector dispatched, Bear Stearns had little choice but to turn to Alan Schwartz, the firm's most prominent investment banker, and ask him to be the CEO, the first time an investment banker had run the firm, which had always been predominantly a fixed-income shop. As respected as Schwartz was on Wall Street, he had little knowledge of the world of trading and fixed income, let alone the billions of dollars of complex, mortgage-related securities that were larding the firm's balance sheet. He decided not to raise additional equity capital for the firm or to seek a merger partner. He determined Bear Stearns could continue to go it alone and succeed.

That was yet another fateful decision. Within two months of his appointment as CEO, investors, repo lenders, hedge-fund clients and trading counterparties all began to question the firm's efficacy - the endgame that began nine months earlier with the disaster in Cioffi's hedge funds. The failure of Bear Stearns during the four days beginning March 12, 2008, culminating in its sale for a pittance to JPMorgan Chase (JPM, Fortune 500) on March 16, meant that no firm on Wall Street could any longer be considered safe, especially those firms such as Lehman Brothers, Merrill Lynch and Citigroup (C, Fortune 500) that had even more mortgage-related securities on their balance sheet than did Bear Stearns. The historic unwind of 2008 had begun.

As has become all too apparent, the problems that overwhelmed Bear Stearns were not unique to that firm - far from it. Nearly every large firm on Wall Street with a significant capital markets business - Lehman Brothers, Merrill Lynch, Goldman Sachs and Morgan Stanley to name several - have been damaged by the still-unfolding crisis. Still to be determined is the fate of both Citigroup and Bank of America (BAC, Fortune 500) as independent companies.

As for Cioffi and Tannin, the traders who started the panic, they were indicted in June of 2008 by U.S. Attorney Benton J. Campbell of the Eastern District of New York, on charges of conspiracy, securities fraud and wire fraud in conjunction with their management of the two Bear Stearns hedge funds from their inception in 2003 to their bankruptcy filing in July 2007.

Cioffi was also indicted on charges of insider trading related to his decision to move $2 million of his own money out of the Enhanced Leverage Fund - without telling investors - into another hedge fund he managed that had, to that point, superior returns.

The indictment also revealed that both Cioffi's notebook and Tannin's tablet computer had disappeared after federal authorities had asked for them to be produced. The indictment alleged that by March 2007, both Cioffi and Tannin "believed that the [f]unds were in grave condition and at risk of collapse. However, rather than alerting the Funds' investors and creditors to the bleak prospects of the [funds] and facilitating an orderly wind-down, the defendants made misrepresentations to stave off withdrawal of investor funds and increased margin calls from creditors in the ultimately futile hope that the [f]unds' prospects would improve and that the defendants' incomes and reputations would remain intact."

On the same day as Cioffi and Tannin were indicted in the Eastern District, the SEC filed civil charges against both men. If convicted of securities fraud, they face maximum sentences of 20 years of imprisonment. If convicted of conspiracy, they each face a maximum sentence of five years. (At press time, there were no further public proceedings in this matter.)

The former senior management of Bear Stearns is faring better than Cioffi and Tannin. Longtime CEO Jimmy Cayne has retired and is spending the month of March in Australia playing bridge. Short-lived CEO Alan Schwartz has had many offers to return to Wall Street at both large and small firms but has opted to continue to work by himself out of a few modest offices provided by Rothschild, the international investment bank, on Sixth Avenue in New York. (He serves as an advisor to Jeff Bewkes, the CEO of Time Warner, Fortune's parent company.)

Warren Spector has fielded offers to return to Wall Street, too, but so far has preferred to spend his time as chairman of the board of trustees of The Public Theatre, on Lafayette Street, and on overseeing the renovation of the Greenwich Village townhouse he bought for $33 million in November 2006. Alone among the former top Bear Stearns' executives, Ace Greenberg, now 80 years old, sought and received a sinecure from JPMorgan Chase as part of the acquisition. He works as a broker, managing his own and his few clients' money.

So should these men share in any blame for what happened to the capital markets in the wake of Bear Stearns' collapse? Former Bear CEO Alan Schwartz has told friends that he sees their role this way, "These things happen and they're big, and when they happen everybody tries to look at what happened in the previous six months to find someone or something to blame it on. But, in truth, it was a team effort. We all f***ed up. Government. Rating agencies. Wall Street. Commercial banks. Regulators. Investors. Everybody."