When Marissa Anshutz moved from New York to England without knowing anyone, she found a new life, and a job.

Praying for a job 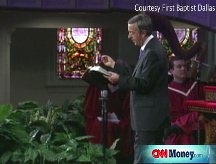 NEW YORK (CNNMoney.com) -- These days, finding a job is all about who you know. But what if you're in a new city and you don't know anybody?

Marissa Anshutz, 27, had a blossoming career in public relations in New York City, but the L.A.-native yearned to go even farther east.

"New York is great but I have to see what else is out there," she said.

Despite having no network, no contacts and no leads in the worst job market in years, Anshutz packed her bags and moved to London, hoping to land a job at a U.K.-based firm.

Once she got there, Anshutz went to work researching PR companies in London, setting up meetings and introducing herself to potential employers.

"I met with probably everyone under the sun, every owner of every PR firm," she said.

But without a hefty rolodex of U.K.-based contacts, Anshutz was at a disadvantage to her competitors. "I knew I needed to leverage my U.S. experience."

So Anshutz did what she does best and packaged herself to an international company with international clients hoping to find a stronghold in the U.S. That way, she was able to leverage all of her connections back in New York and use them to her advantage.

Soon she was hired as a freelancer for Camron, a boutique luxury public relations firm, which focuses on art and design and, in January, she became a full-time associate director there. For Camron, Anshutz was an asset because of her ability to offer their clients a more general international understanding of press, not to mention global style and trends.

And as for finding a job in the midst of the recession? Anshutz admits she didn't realize what a big risk she took. "In retrospect, I'm just delighted I got a job," she said.

Standing out in a crowd

While the move was risky, the fact that she conducted her job search on the ground was significant, according to Barbara Safani, President of Career Solvers in New York.

"If she had been trying to conduct that same search from New York she wouldn't have had any face time," Safani said. Making the move before starting the job search was necessary, she said, because employers are more likely to hire someone that they've established a relationship with.

"The idea is the more you put yourself out there the more likely you will get something back in return," she said. "A lot of people go online but that's the least effective method of searching."

Online job postings are on the decline. In the month of February, there were only two advertised vacancies for every 100 people in the labor force, according to the Conference Board. With that kind of competition, it's tough to make your résumé stand out.

"Those that spend their time responding to ads on job boards are not having a lot of success," added Dan King, principal of Career Planning and Management Inc. in Boston. "It didn't work well when the economy was good, so how do you think it's working now?"

But what really worked to her advantage was that Anshutz honed in on the skills she had that were of value in that community, Safani said. She targeted her search on companies that had a need for her contacts and experience.

"It's always about leveraging your network," she said.

Got a question about jobs or unemployment? We want to hear from you. Send us an email and a picture and your question could be answered in an upcoming story on CNNMoney.com.

Have you found a job recently? We want to hear from you. Send us an email and attach a photo. Tell us where you got hired and how you landed the job and you could be profiled in an upcoming story on CNNMoney.com.