How to become an exec-for-rent 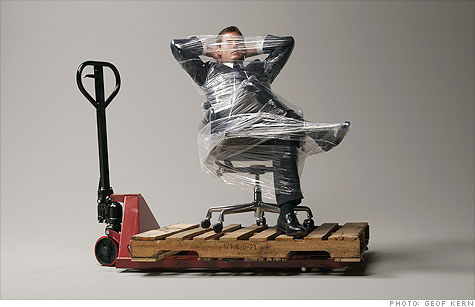 (Fortune Magazine) -- If you're like most senior company loyalists, the word "temp" probably brings to mind certain corporate characters. The receptionist who's always updating his Facebook page. The coder who spends more time on job search algorithms than on optimizing your site. The contract manager who never gets that her suit looks odd in your laid-back culture.

But in today's brutal job market, temporary is no longer the sole domain of secretaries and IT guys; it's both a thriving sub-industry for executives and a legitimate way to expand your skills. Jon Osborne, VP of research at Staffing Industry Analysts, estimates that the market for contingent management jobs will grow 90% over the next decade, to $26.6 billion; Littler Mendelson, the giant employment-law firm, forecasts that as much as 50% of all hiring in 2010 will be for contingent positions.

Taking advantage are white-shoe recruiting firms such as Heidrick & Struggles, which started its own interim-search practice last year. "'Interim' used to be a bad word," says Lauren Doliva, who runs the new group, called the Chief Advisor Network. "It's not that way anymore."

If you're thinking about seeking an interim job, getting the attention of recruiters like Doliva may help. Besides Heidrick's new practice, the Business Talent Group, or BTG, has been playing matchmaker for temporary execs since 2006. Atlanta-based Tatum places mostly stand-in finance managers, while Epoch in Boston specializes in short-termers for financial services or life sciences companies.

Whether you sign up with an agency or go for it on your own, recruiters say your résumé should emphasize that you've been successfully dropped into situations outside your area of expertise. Networking with bankers and lawyers, says Cynthia Jamison, national director for CFO services at Tatum, can also lead to tips on companies needing short-term help.

Yet not everyone is suited for top pinch-hitting roles. Parachuting into a new corporate culture for a few months can feel as foreign as navigating a crowded market in Tajikistan. Experts say that if you have both consulting and operating experience, you'll have the best shot of fitting in.

You should also know what you're committing to. Looking to fill the gap just until the right permanent job comes along is a bad idea, says Mae Numata, a former CFO for Fisher Communications and now an interim manager at an investment firm based in Portland, Ore.: "Once you're engaged with a client, the expectation is you will start it and end it."

Nor should you dawdle: Perry Odak, the former CEO of Wild Oats Market now working as a temporary executive with Weetabix, remembers a prior gig when a candidate for a short-term job dragged out the hiring process for so long that the firm "got disgusted and withdrew the offer."

Keep in mind that cash flow can be a consideration. Betsy Tong, a former Lenovo strategy manager currently working for a major software firm, invoices expenses to the firm that placed her, which then bills the client.

Finally, remember that such jobs often involve distressed companies, and there's no orientation, no handholding, and most certainly no honeymoon. "You walk in the door, and you're on," says Tatum's Jamison. "You have to be wired a certain way to like that kind of chaos."