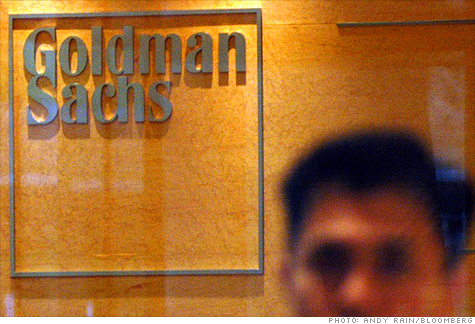 (Fortune) -- One of the most worrisome parts of the Goldman Sachs case is that, in a way, the firm and its Board of directors have been down this road with the SEC before.

The degree and severity were quite different, but underlying both this and the earlier action is the same issue: adequate disclosure of information to clients.

In April 2003, Goldman (GS, Fortune 500) settled charges with the SEC related to the adequacy of the information provided to investor clients and client conflicts of interest. In settling the charges, Goldman agreed to "implement structural reforms" and "provide enhanced disclosures to investors".

The settlement also required Goldman to obey the rules of fair play outlined by the NYSE and NASD and institute controls over its sales and marketing materials processes required by those rules. This included establishing and maintaining a system to supervise the activities of its personnel in ways reasonably designed to achieve compliance with applicable securities laws and regulations.

Yet, here we are. In this latest case, the SEC contends that once again, the disclosure to investor clients was insufficient and as a result, securities laws were broken when hedge fund magnate John Paulson was allowed to have input in assembling a security he would later bet against, or short.

The case raises many troubling questions Goldman's Board of Directors will need to address.

For example, who at the firm was supervising the marketing materials provided to clients, including IKB, the German bank that bought the long side of the security, called Abacus 2007-AC1? What weaknesses might exist in internal controls that allowed the disclosure to IKB to exclude the fact that Paulson had helped assemble the security?

The Goldman board needs to review all results of internal audits of marketing material processes for potential weaknesses. If they haven't been receiving all relevant reports from internal audit, they need to correct that, right now.

To assess the processes with respect to disclosure to clients, in addition to internal reports, the board needs to review the case history with respect to previous SEC exams. Did the SEC pinpoint issues that management failed to address?

Further, the board needs to assess whether there are reviews that haven't been done that should now be instituted. They need to identify if there are any other aspects of the previous settlement that may not have been implemented thoroughly but should be -- and what their own role in oversight should be going forward.

One of the follow-on issues raised by the SEC in this case has been the timeliness and thoroughness of the disclosures related to the SEC investigation and the Wells notice, which Goldman also did not disclose to its shareholders.

As with the matters of client investor disclosure, this is not the first time issues related to shareholder disclosures have been raised in the context of Goldman Sachs.

To avoid another déjà vu moment, the Board will need to re-examine its own role in the oversight of shareholder disclosures and what changes may need to be implemented to ensure that shareholders receive complete and open disclosure.

The board at Goldman has seen its constitution change in light of the financial crisis, with Ruth Simmons, president of Brown University, standing down, and Rajat Gupta, a former head of McKinsey who is becoming entwined in the Galleon hedge fund scandal, resigning. Goldman is putting forth Lee Scott, the former CEO of Wal-mart (WMT, Fortune 500), as a candidate for one of the seats.

The change in constitution of the board could help Goldman deal with some of its issues head on. In its deliberations over the next few days, the Board should also consider the cultural issues at Goldman Sachs more broadly, particularly those that have contributed to this headline nightmare.

Time is of the essence for the Goldman Board now -- because even Goldman Sachs, even with huge profits announcements like today's, can't afford to live in a world of 12-15% share price drops every day.

Eleanor Bloxham is CEO of The Value Alliance and Corporate Governance Alliance, a board advisory firm.

Why Goldman was wrong

Did Goldman sell its soul cheap?

Goldman and the information gap