What Bloomberg brings to the credit ratings game 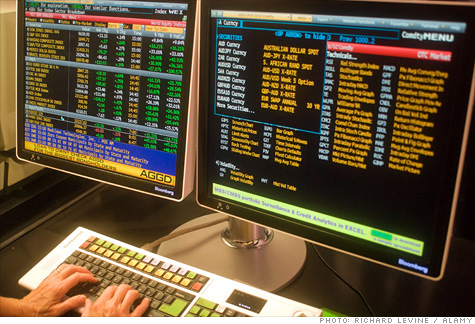 (Fortune) -- As the credit crisis blame game continues, most everyone agrees that credit ratings were as essential to the collapse as fraudulent mortgages -- specifically the inflated credit ratings that relied on bad assumptions about home prices and risk. Even so, no one has come up with an adequate fix to the ratings quagmire.

Now a company that makes financial data terminals may have given the market a road map for minimizing conflicts of interest and changing the way that investors use ratings.

When Bloomberg introduced a credit rating function to its terminals May 10, some wondered whether the company that revolutionized technology for traders was trying to steal market share from Moody's, Standard & Poor's, and Fitch, the world's three largest rating agencies. An internal Bloomberg memo obtained by the Daily Mail reportedly says that the company wants to offer a "robust gauge" of a debt issuer's creditworthiness.

Anyone looking for a Moody's killer was quickly disappointed. The new tool (or function, in Bloomberg parlance) doesn't rate bonds when they are issued, so it doesn't address the "issuer pays" conflict of interest. It only rates corporate debt, not the structured bonds that were at the heart of the credit crisis. And Bloomberg has not applied to become a Nationally Recognized Statistical Rating Organization (NRSRO), the designation that makes its ratings count in rules and regulations that depend on ratings. Since non-NRSRO ratings don't give a bond a regulatory seal of approval, they're not going to challenge the regime of the Big Three.

But what Bloomberg's rating tool does do is use a quantitative model to evaluate a company's credit health and the probability that its bonds will default. The model is completely transparent -- Bloomberg explains all of the assumptions that went into the model's creation, so investors know all of the data used and they can stress test it with their own inputs.

If potential bond buyers look at the assumptions and the inputs and think the model is bad, they can make an informed decision that the rating is no good, too. If it's a big institutional money manager, that fund's clients can also look at the model and say whether they accept or reject the methodology. Everyone can complain about the model, reject the model, and therefore be compelled to find a better way to rate if everyone knows the model is flawed.

Compare this to the way the Big Three operate. They use quantitative models to generate ratings. They disclose their assumptions and they license their models, too.

But humans calculate their final rating. A credit committee takes the data from the model and then has a spirited, academic-type debate over the final rating. S&P says its does this because quantitative models "lack the ability to capture qualitative nuance or to filter out those times when market participants may not be acting rationally." In addition, S&P says that highly complex models sometimes rely on assumptions that are no longer supported when conditions change in the future.

But at the cusp of the credit crisis, the agencies failed to recognize those critical changes in conditions. The credit committees either didn't recognize when market participants were not acting rationally or chose to ignore it. At the height of the bubble, they didn't adequately recognize the impact that inflated prices would have on credit quality.

And, most importantly, even as the assumptions underlying their models changed and the future became bleak, the agencies didn't make significant changes to their methodologies until after the damage had been done.

The infamous conflicts of interests also occurred during those qualitative discussions. Issuers were paying for a system that allowed the final rating decision to be made behind closed doors. Emails and transcripts from town hall meetings dredged up by politicians have shown that credit analysts and their higher-ups struggled to issue tough ratings without losing business.

Had the ratings been purely quantitative and completely transparent, there would have been no struggle between management and analysts to find a happy medium between ratings and revenue.

There is a case to be made for qualitative analysis, but why should the investor outsource that decision to a rating agency? Complete transparency not only makes ratings an open source, ever improving, perhaps more quickly evolving tool, it forces the investor to take responsibility, too. And this cannot be underestimated in importance.

By making ratings quantitative and completely transparent, investors must have opinions on model assumptions and inputs. It's up to them to decide whether the model can withstand exogenous shocks that they see around the corner -- like a housing collapse -- and to then justify buying a weakly structured mortgage-backed security.

Bloomberg's tool wasn't necessarily designed to spark a revolution. It's a function on a terminal that provides 30,200 functions and is constantly adding new tools. It was designed to give users another way to analyze credit. But if the credit function is successful, it will show that ratings can provide the market function for which they were intended: just another opinion on credit quality.

Does the SEC's credit ratings EDGAR do enough?