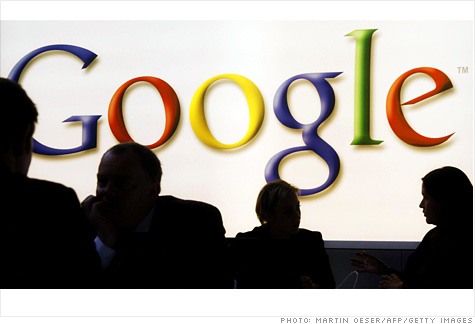 It wants a piece of the TV pie.

Even in our Internet world, TV still matters. A recent Citigroup report on the company points out that the average American watches five hours of TV per day. Those are five hours that you're not using Google to do things like search, check Gmail, or watch YouTube. By getting into TV, Google can capture more minutes of your day, and in turn sell your eyeballs to more advertisers.

But while everyone has been buzzing about Google's latest TV venture, the medium isn't fresh ground for the company. In 2007 it launched Google TV Ads, which has yet to evolve into a big piece of the company's business. Google won't disclose numbers, but says it's had over 100 billion impressions since inception.

Doing some back of the envelope math, at about $2 to $5 cost per thousand impressions, Google TV has generated about $200 million to $500 million. But Google (GOOG, Fortune 500) doesn't walk away with that whole bundle -- its cut varies, depending on the deal it has with each inventory partner. (Its annual report noted that revenues realized through Google TV Ads were not material.)

And yet the company has stuck with TV while abandoning its unsuccessful print and radio ad businesses. Analyst Colin Gillis of BGC Partners says his big critique of Google is that it doesn't have a significant revenue stream besides online advertising. Television could change that, and a closer look at TV Ads can shed some light on why Google cares so much about what we watch when we're away from the computer screen.

This targeted advertisement made possible by technology

TV Ads is even possible because television isn't so old media anymore. The technology is there to let Google do what it does best: process data. Through information provided by set-top boxes from its partner Dish Network (DISH, Fortune 500), Google lets TV advertisers target specific channels and shows, and identifies not only how many people saw their ads, but also the demographics of the audience.

The service operates much like Google's Adwords, where advertisers only get charged when their ads are shown -- except instead of bidding on keywords, the bids are for specific shows. It's another extension of the unique Adwords auction model Google chief economist Hal Varian refined for the firm.

About a third of the users are new to television advertising thanks to this model. But even companies with big advertising budgets like TV Ads' transparency. Richard D. Hong, vice president of global brand and marketing with MetLife (MET, Fortune 500) says about the status-quo buying system, "We're forced to make bets on essentially futures for the advertising market." It seems Google, through its online advertising capabilities, has trained advertisers to demand more accountability for their dollars, a phenomenon that TV Ads feeds.

"We know these people with these interests have watched these programs and changed channels at these times," says Mike Steib, Google's director of TV Ads and emerging platforms. "We've actually been able to find that we can forecast which ads are going to perform well."

The biggest issue with TV Ads for a company like MetLife stems from the product's limited inventory. Hong says the company has maxed out how much it can leverage TV Ads with 10% of its total TV advertising budget. To be fair, Google has continued to grow its partnerships, currently working with more than 95 channels like A&E, MTV, and the Weather Channel. (Its most recent partnership -- the Tennis Channel.)

But analysts are concerned that a big network isn't on board. "You have major forces like the cable industry and broadcasters who are all somewhat wary of letting a player like Google into the business," says Gartner analyst Andrew Frank.

For now, that's a point for the little guys: Trevor Fellows, head of ad sales for Bloomberg Multimedia, says that his team can sign on advertisers who might not have thought about Bloomberg TV because they didn't previously understand the network's reach.

"The buying processes for advertisers and buying habits haven't caught up with the way television has become more like the web," says Steib. Hewing to its stated mission of organizing all the world's information -- yes, even the sitcoms -- fixing that disparity is what Google has set its sights on.