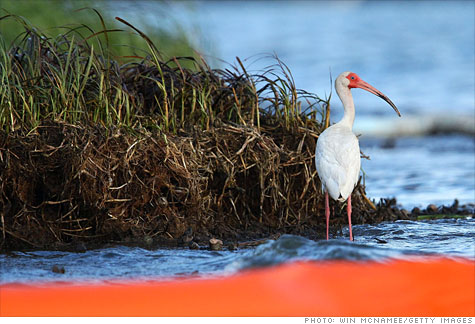 FORTUNE -- To help readers navigate the legal landscape surrounding BP's mammoth oil spill (or "oil spew," as some argue it should more properly be called) in the Gulf Coast, I have looked into some of the law-related questions and statements that keep surfacing as the press and bloggers keep up with the crisis. I rely mainly here on an interview with Christopher B. Kende, an international insurance law specialist at the firm of Cozen O'Connor. Kende also teaches attorneys about the legal issues stemming from the Deepwater Horizon oil spill as a lecturer for HB Litigation Conferences.

If your own questions don't happen to be among the FAQs I address here, write a comment below or email me, and I'll try to post responses in a follow-up article.

Is BP really protected by a $75 million cap on damages?

Probably not. In the wake of the Exxon Valdez oil spill of 1989, Congress passed the Oil Pollution Act of 1990, known as OPA (pronounced like 'Oprah' without the 'r'). For leaks from offshore oil rigs like this one, OPA limits the liability of the responsible party -- BP in this instance -- to $75 million in economic damages, but there are several mammoth exceptions. To begin with, the limitation does not apply to any of BP's liability for state and federal cleanup costs, for which BP (BP) is 100% responsible. As of early June, these costs had already come to about $990 million, according to BP, and the company seems to be just getting started. (BP has also committed to spending another $360 million to fund the building of barrier islands off the coast of Louisiana.)

But the key, ginormous loophole in the $75 million OPA limit is that BP isn't allowed to take advantage of it if the company -- or any of its contractors, Kende stresses -- acted with gross negligence or violated any federal safety law or regulation. In other words, if either BP or rig-owner Transocean Ltd. (RIG), or cement contractor Halliburton Energy Services (HAL, Fortune 500), or the blowout preventer manufacturer Cameron International (CAM, Fortune 500) violated some safety rule -- the limit vanishes. (If a subcontractor is the one responsible, BP might then be able to go after that company for contribution or indemnification.)

"I think there are enough regulations in this area," says Kende, "that something was probably done wrong" by someone, though he acknowledges that that's speculation on his part.

Given the public relations fiasco BP would face if it tried to invoke the limit, however; and given the likelihood that the limitation would be legally breakable anyway; and given BP's conduct so far -- as of early June the company had already paid out $42 million in private claims for economic damage, according to its press statements and SEC filings -- it seems likely that, one way or another, BP won't be getting the benefit of the limit.

Why in the world did congress limit an oil company's liability in the first place, especially in a law passed right after the Exxon Valdez fiasco?

It didn't really. Prior to OPA's passage, it was actually harder for the federal government, states, and private parties to recover their losses and expenses from an oil spill.

"OPA was designed to expand liability," Kende says, "to make it easier to sue for more categories of damages."

Prior to OPA, for instance, general maritime law principles would have barred Gulf Coast hotel owners from bringing claims against BP for lost revenues unless they had actually owned beachfront property that was physically drenched with oil. Under OPA, hotel owners all over the Gulf region can bring such claims based purely on cancellations and other lost revenue. OPA also makes BP strictly liable for such losses -- i.e., the claimant doesn't have to prove negligence on BP's part, as it would have to do in court. If the damage turns out to have been some other company's fault, BP can later sue that party for reimbursement.

Just how remote can economic damages be? If a New Orleans barber says he has suffered loss in revenue, due to fewer tourists visiting and his regulars being too strapped to come as often, does he have a claim against BP?

Kende replies with an even more disturbing hypothetical of his own: "Suppose a New York travel agent makes claims against BP based on the loss of her commissions from fewer clients making trips to Louisiana?"

Kende doesn't know the answer to either of our questions, since a situation like this one hasn't arisen before. "Courts will just have to draw a line somewhere," he says.

He assumes that the more remote geographically someone gets from the spill, and the longer the chain of events is that led to a claimant's alleged damages, the harder it will be for the claimant to prevail. (Kende observes that the desire to avoid engaging in such difficult line-drawing was the precise reason courts had, prior to the OPA, refused to recognize claims for economic damages from spills unless the claimant had also suffered physical property damage.)

Can a state or municipality make a claim against BP for, say, diminished sales taxes, due to lost tourism or from residents moving away?

Yes. "OPA specifically allows for recovery for lost tax revenue," says Kende. It also covers a municipality's increased costs for public services, he adds. For instance, if a city incurs extra expenditures from paying overtime to police or firefighters, those are economic losses for which BP would apparently be liable.

Can claimants also lodge claims against some sort of trust fund?

The fund, administered by the U.S. Coast Guard, has $1 billion available to pay claimants from the Deepwater Horizon disaster. If an idled fishing business, for instance, or a cancellation-plagued Gulf Coast motel makes a claim against BP, and BP for any reason refuses it, the claimant can then file an administrative claim against the trust fund. If the trust fund refuses the claim, the claimant can still go to court.

If, on the other hand, the trust fund pays the claim, the fund can then seek reimbursement -- or subrogation -- from whichever party it considers responsible for the damage (be it BP, Halliburton, Cameron, or whomever).

But, Kende warns, if the claimant files suit before making a claim against BP or the trust fund -- as so many already have -- they cannot file a claim with the trust fund until after their litigation ends, which could be years, if not decades. The law is intended to encourage people to try the administrative claims procedure first before resorting to litigation. (Parts of the Exxon Valdez litigation are still ongoing, 21 years after the spill. Ironically, one potential defendant in the Exxon Valdez litigation is BP, which is a 47% owner of Alyeska Pipeline Service, which owned the terminal at Valdez. Exxon Mobil (XOM, Fortune 500) has threatened to sue for contribution.)

Could rig-owner Transocean be liable for only $27 million? How can that be?

Transocean Ltd., the Swiss owner of the Deepwater Horizon rig, did file suit in federal court in Houston last month invoking a nineteenth-century law which, it says, limits its total liability for personal injury and wrongful death actions arising from the April 20 explosion to $26.7 million. (Eleven workers are missing and presumed dead, including nine Transocean employees, and an unspecified number of the 115 surviving crewmembers were injured.)

The law in question, the Limitation of Liability Act, was passed by Congress in 1851 in an effort to encourage investment in shipping. It says that a ship owner's liability "shall not exceed the value of the vessel and pending freight."

Part of what makes the law so harsh is that it's not referring to the value of the vessel before the explosion, but rather to its value right now. The value of the Deepwater Horizon -- exploded, burned, and lying at the bottom of the ocean -- is zero. The arcane term "pending freight" is actually the source of the $26.7 million value Transocean is now assigning to the rig; in this context, it refers mainly to the rent money Transocean says BP still owed for leasing the rig as of April 28, the date Transocean's CFO did the computation. (The Limitation of Liability Act provides an even more bizarre formula for computing Transocean's minimum exposure under the act: You multiply the vessel's weight -- 32,588 tons in the Deepwater Horizon's case -- by $420 per ton. But since that arithmetic produces a number less than the value of the "vessel and pending freight," the latter figure is the one that's used.)

According to Kende, the subsequent passage of OPA effectively repealed the Limitation of Liability Act with respect to oil pollution damages, so Transocean's liabilities for those are not capped at $26.7 million. A Transocean spokesman confirms Kende's understanding, saying, "We have never intended or asserted [otherwise and] we have clarified that to the ... court and to the Department of Justice."

Nevertheless, the 1851 law may well cap Transocean's liability in the personal injury and wrongful death cases, all of which are currently stayed pending a ruling on that question.

Though the Limitation of Liability Act's cap can be lifted if the ship owner is shown to have been "complicit" in the negligence that caused the injuries -- and plaintiffs' lawyers say the exception applies -- Kende says it's a hard sell. The whole point of the law, he explains, was to suspend the ordinary rule, under which an employer is automatically responsible for the negligence of his employees. Here, the plaintiffs will have to prove that high-level Transocean officers were intimately involved in the negligence that led to the accident.

The 1851 law has no impact, however, on the liability of other potential defendants, like BP, since only Transocean was a vessel "owner." (BP leased the Deepwater Horizon from Transocean.)

Those are my questions -- so far. Now it's time for yours.