FORTUNE -- If you're an immigration lawyer, this is a busy time of year. Each April the U.S. begins to accept new applications for H-1B work visas -- the sort reserved for the highly skilled foreigners coveted by U.S. firms. This year 65,000 H-1B visas are available.

Things are off to a plodding start thus far: As of May 6, only 18,000 applications had been filed for regular H-1Bs, a slower pace than in the past, and evidence -- were any more needed -- that the economic recovery has not so far led to a wave of hiring. 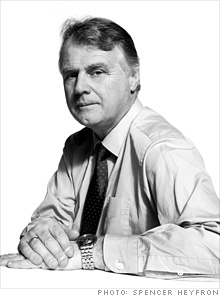 But with immigration reform a hot topic in Washington, you can bet that the old arguments about H-1Bs will soon be trotted out: Labor groups will claim that they depress wages and take jobs from Americans, a point with obvious relevance given today's unemployment rates. Businesses, especially the high-tech sector, will assert that each H-1B visa holder creates another four jobs and that securing the best talent from around the world is vital to our competitiveness.

I had better declare an interest. I was born in England, and I was lucky enough to receive an H-1B myself, the first step on a journey that ended with U.S. citizenship. That notwithstanding, I admit to a sneaking sympathy with the scheme's critics, if only because anytime I hear a policy justified by the use of the word "competitiveness," I reach for my BS detector. If a nation cannot be competitive when it accounts for nearly a quarter of world output, sits on abundant natural resources, has most of the world's best universities, and has had a stable constitutional system for some 200 years, a supposed shortage of computer scientists is the least of our worries.

I would argue for a fuller debate about high-skilled workers, one that doesn't ignore a key constituency: immigrants' countries of origin. It's fine to say that the U.S. (and other rich nations) need the world's best, but what happens to the places they leave?

A recent World Bank report on nursing in the English-speaking Caribbean tells the story. Local demand for nurses, the bank found, exceeds supply by about 30%; emigration is a key explanation for the gap. The bank estimated that roughly three times as many Caribbean-trained nurses are working overseas (especially in the U.S., Canada, and Britain) as at home. And the report found that the brightest nurses were the ones leaving to work abroad.

Migration from the developing world is often a function of smart people fleeing badly managed, corrupt economies that haven't invested in health and education. But the poor countries that are trying to do the right things and there are many -- need the best and brightest working in their agricultural colleges and finance ministries if they are to ever get richer. Bluntly, they need that brainpower more than we do.

I don't mean to imply that emigration doesn't benefit countries of origin. As Kathleen Newland of the Migration Policy Institute in Washington, D.C., points out, in many ways it does -- through remittances, of course, but also because emigrants invest in their home countries, funding schools and raising skill levels. Besides, there is a basic human right to make the most of your talents, something that benefits us all: It does not expand the sum of human potential to tell a brilliant Malian scientist that he has to stay at home working in poorly funded labs rather than chase his dreams at MIT.

What all this really amounts to is a plea to look at migration in the round. With the possible exception of Canada, I can't think of a single advanced economy right now where immigration is not a political issue. It needs addressing with nuance and sophistication, or the increasing worldwide flow of people in search of opportunity is going to lead to resentment in countries of origin and xenophobia in those of destination.

Put it this way: If the rich world is going to suck up the best brains of the world, then it has an obligation to give something back to the places they have left -- not for any economic gain but simply because it is the right thing to do. (Bill Gates, who has often made the case for liberal immigration laws on the grounds of U.S. competitiveness, gives back more than anyone in the world.) There are plenty of ways to help. Programs such as Tony Blair's African Governance Initiative, for example, put rich-world expertise at the disposal of poor nations eager to modernize their governing capacity. We need more ideas like that. And rather less bleating from employers in the richest country in the world that they are entitled to soak up global talent like a sponge.

Michael Elliott is the editor of Time International.

Help Desk
Track testing tires to find the best
Find out how TireRack tests and reviews tires and why choosing the right ones for your car is so important. Play
Markets
Data as of 2:44pm ET
Data as of 5:54pm ET
Sponsored by
Sponsors
Sections