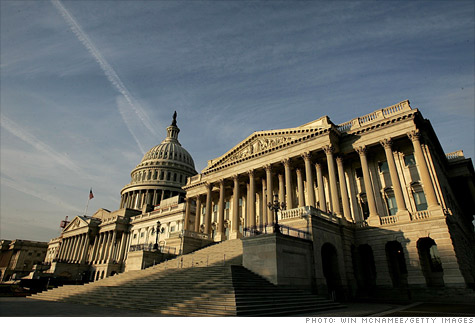 FORTUNE -- Of all the highlights of Allan Meltzer's half-century as a distinguished monetarist -- advising Presidents Kennedy and Reagan, producing celebrated books on John Maynard Keynes and the history of the Federal Reserve -- none proved more memorable than a crisis session at 10 Downing Street in mid-1980.

A group of 346 noted economists had just written a scathing open letter to Prime Minister Margaret Thatcher, predicting that her tough fiscal policies would "deepen the depression, erode the industrial base, and threaten social stability." Thatcher wanted to make absolutely certain her unpopular attack on huge deficits and rampant spending, in the face of high unemployment and a weak economy, was the right one.

So Thatcher summoned Meltzer, along with a group of trusted advisors, to explain why the experts were wrong. Even leaders of her own party advised Thatcher to make what they called a 'U-Turn,' and enact a big spending program to pull Britain out of recession. "Our job was to explain why lower deficits and spending discipline were the key to recovery," recalls Meltzer.

Thatcher was regally unamused by arcane jargon. "Being right on the economics wasn't enough," intones Meltzer. "She made it clear that our job was to explain it so she could understand it. If we didn't, she made it clear we were wasting her time. She'd say, 'You're not telling me what I need to know.'"

For Meltzer, the courageous, damn-the-sages stance that Thatcher took three decades ago should guide President Obama today. "If Obama announced a strategy to deal with the long-term debt and stopped doing things to increase the uncertainty that businesses face, it would do a great deal to stimulate the economy," declares the 82-year old Meltzer.

Meltzer is right, and most of the "experts" -- from Paul Krugman to Ben Bernanke -- are wrong. The best stimulus is a solid, credible plan to radically reduce government spending, starting right now.

To be sure, President Obama frequently advocates shrinking deficits in future years. The problem is that he wants to keep spending heavily today, in what's supposedly a classic Keynesian formula for charging a weak recovery and lowering unemployment.

But that formula isn't what Keynes recommended. "Keynes championed temporary deficits to stimulate consumption during recessions," says Steve Hanke, an economist at Johns Hopkins. "But he also insisted that deficits disappear during recoveries, so that budgets would be balanced or in surplus during most of the business cycle."

Today, the administration is pursuing a totally different policy. It's sharply raising expenditures when the U.S. already faces gigantic, chronic deficits that barely shrink even in a recovery, and burgeoning debt. "Keynes specifically warned against structural deficits when both U.S. and British economists were pushing for them at the end of World War II," says Meltzer. "He never said that more spending on top of chronic deficits was a stimulus. Just the opposite, in fact."

The Obama administration is calling for an extra $316 billion in "stimulus" spending in addition to the $862 billion already appropriated. The rub is that the all of the "stimulus" money is being borrowed, and that's adding to already mushrooming debt. Right now, the CBO forecasts deficits of $1.25 trillion or an immense 5.6% of GDP in 2020 -- and that's following a strong recovery. That year, the federal debt will reach 90% of national income, putting the U.S. in the fragile position of a Greece or Portugal. Interest payments will absorb one dollar in every six of federal spending.

The rub is that the shadow of inexorably rising debt, with no plan to curb it, isn't a stimulus at all, but a heavy depressant. The solution is to sharply reverse course and bring the budget into balance over the next decade. That solution will require either a 50% increase in taxes, a 35% reduction in spending, or some combination of the two. The weight should fall heavily on the spending side.

That blueprint would prove a powerful tonic for the economy for four reasons -- call them the four growth factors. First, it would dramatically raise the labor supply by allowing Americans to pocket more of their pay. Second, it would prevent real interest rates from soaring and crippling private investment. Third, it would encourage companies to stop hoarding cash and make the big investments in factories and computers that always drive a recovery. And fourth, it would enormously boost investors' confidence in America's future by showing that, like Thatcher long ago, our leaders won't get swamped by chaos, and really have a plan.

Economic growth is driven by two forces -- increases in the labor force and rising productivity nurtured by investment in new technologies, plants and equipment that enable each worker to produce more from each hour of labor. "The quickest way to spur growth is to get more people working, or to get existing workers to put in more hours," says Brian Riedl, an economist with the conservative Heritage Foundation.

But excessive spending threatens to shrink, rather than expand, America's workforce by driving up taxes. The top income tax rate is already scheduled to rise from 35% to 39.6% in 2011.

Especially troubling are the perverse incentives built into the health-care reform bill. Middle class Americans who aren't insured through their companies can buy heavily subsidized policies under the plan. The problem is that as their incomes rise, the subsidies decline, giving them far less incentive to work more hours or stretch for raises. For example, if the income for a family of four rises from $55,000 to $66,000, their contribution to their premium jumps from $4,400 to $6,600, erasing 22% of the $10,000 increase. (See also 5 painful health-care lessons from Massachusetts)

Lowering spending is the only way to hold down tax rates that largely determine how hard Americans work. The crazy math of health-care reform is another "tax" that itself needs radical reform--before it takes hold in 2014.

To achieve robust growth, US companies need to borrow at stable, modest real interest rates. They're defined as the rates lenders charge after adjusting for inflation. In the past, relatively high real rates -- say 4% to 5% -- usually came during periods of great prosperity, when companies brimmed with optimism, and demand for capital was strong. The danger now is that unbridled future spending makes borrowing extremely expensive even when growth is weak, and remains so high that it undermines or prevents recoveries.

Real rates threaten to jump, and remain far higher than normal, for three reasons. First, part of the price of borrowing is a "risk premium" that rises or falls depending on investors' belief that the U.S. is following policies that will foster stable growth. Today, investors are far more fearful than confident.

Second, higher taxes raise rates, since investors who can buy bonds anywhere in the world seek the best returns after tax; if levies rise, as now scheduled, investors will demand bigger interest payments to compensate for the higher tax bite.

Third, government borrowing is reaching such stratospheric levels that it's almost bound to pressure rates. In the past, deficits in the 4% to 6% range proved relatively harmless, with the debt seldom reaching more than 40% of GDP. But by 2020, the burden will reach almost 100% of GDP, or around $20 trillion. The U.S. will need to constantly refinance that debt, and borrow still more.

Those gigantic borrowings will compete for the modest pool of savings, threatening to hold real rates high for years, even when growth is slow. But can't the U.S. keep tapping the foreign creditors who now purchase the bulk of our Treasuries? Sure. But debt levels in Europe and Japan are also extremely high, so more and more private savings are going to finance their big deficits as well.

As a result, the reserve of global savings available to U.S. companies will be largely claimed by governments. To attract lenders, the U.S. will need to compete by raising rates. The solution: Spend less, and borrow less. Once again, low real rates are real stimulus.

"Recoveries are led by investment," says John Cochrane, economist at the Booth School of Business at the University of Chicago. "You need a big surge in investment to lead you out of recession."

In the short term, both consumption and investment spending lift GDP. But over longer periods, it's investment that raises productivity by adding software systems, mainframes and ultra-efficient factories that produce more products at fewer working hours.

The numbers tell the story. The administration has chiefly succeeded in supporting consumption through its $800 per family rebates and grants to the states to maintain public jobs. Amazingly, since 2008, consumer spending has actually grown by almost 1% after inflation, and rose to a lofty 72% of GDP for 2009. By contrast, private investment dropped 18% in real terms in the same period.

A fall in investment is normal in recessions. The problem this time is that corporate profits are rebounding fast, yet companies are extremely reluctant to reinvest them in new projects. "What I see out there is apprehension," says Randy Altschuler, founder of CloudBlue, a recycler of used electronics equipment, and a Republican candidate for a seat in the House of Representatives from Eastern Long Island. "The owners of small companies I talk to are especially worried about health-care costs. Hence, they're holding back hiring and capital investment."

It's not so much that companies fret that consumers won't have enough to spend on their cars, insulation and restaurants. Their big concern is over their future costs. Employers with more than 50 workers that don't currently provide health care will soon need to pay for it, or face stiff penalties. The health-care bill is part of the spending agenda that's scaring business. Reducing its burdens is crucial to getting companies to make the investments that are essential to spurring growth.

This one is impossible to quantify. It's a feeling that says we're headed the right way.

Put simply, if investors are convinced that Washington has a plan to restore fiscal balance, they'll be content with lower returns on their stocks, bonds and buildings for a simple reason: those returns will prove more stable and predictable. That comfort level, in turn, lowers risk premiums and raises the prices of equities, corporate bonds, houses, and office towers.

Right now, many investors and managers are simply terrified by the absence of a roadmap to avoid ruinous debt. "We need to know that Washington can make tough choices, that our leaders are willing to do things that are unpopular," says Paul Willen, an economics professor at MIT. "More than anything, people need to feel that this is not out of control."

That's the confidence the Iron Lady brought in 1980, against all odds, and against most advice. The world's greatest economy will follow if Washington will only lead.