HP's next act: How the board, company and investors can recover from the Hurd scandal 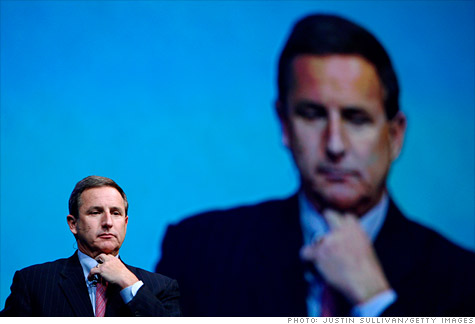 FORTUNE -- On Friday, the HP board took the courageous -- but necessary -- step of dismissing Mark Hurd, a CEO who earned multimillions each year, landing him number four on CNNMoney's top 20 highest paid CEOs in 2009.

How did Hurd earn such whopping pay days? Over his five year tenure, while organic growth was anemic, through acquisitions, cost cuts and stock buybacks, he was able to boost EPS, his own pay and the company's stock price. Although HP's (HPQ, Fortune 500) stock price closed at $46.35 on August 5, the day before the announcement, it never, throughout his tenure, rose to the levels, seen in 2000, when Carly Fiorina was at the helm. 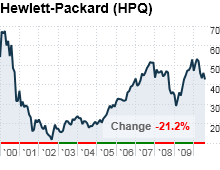 Dismissing a CEO under any circumstance is not easy for a board to do, but Hurd "did not live up to the standards and principles of trust, respect and integrity that I have espoused at HP" according to his own statements and he violated HP's Standards of Business Conduct, according to the corporation's statements. Regarding leaving the firm, Hurd noted: "I believe this is the only decision the board and I could make at this time."

From a governance perspective, while the board took the absolute correct action in the dismissal, they negated the positive impact of that good deed by choosing to award Hurd severance valued at $35 - 40 million -- as if he had been dismissed without cause. Since any other employee, in a similar circumstance, would have been fired and lose all rights to whatever small payments might have otherwise been due, this board action sent a very unfortunate signal to the rank and file related to the tone at the top.

In addition to this final compensation bonanza compounding his huge in-service pay days, the dismissal exposed another major weakness on the HP board: no succession plan. While the company appointed the CFO as interim CEO, the board has had to hastily form a search committee (composed of the Chairs of the HR & Compensation, Finance & Investment, Public Policy and Technology Committees) to find his replacement.

The CEO was running the board

When high CEO pay is mixed with no succession planning, as it is in the HP case, it's a sure sign the CEO is running the board -- and not the other way around. In situations like that, when the board obviously isn't keeping a CEO in check, the CEO is more likely to lose his head and do stupid things, as it appears, unfortunately, in this case, Mr. Hurd did.

Job one for the HP board now is do some real introspection -- before they bring a new CEO on -- to identify exactly how they will behave differently going forward. They need to examine how they will assert their authority in the succession and pay processes, including orchestrating agreements to ensure they won't feel obligated to pay huge sums if the next CEO has to be fired. They also have to take control of succession the minute the new CEO walks in the door. In looking inward, the board needs to review its own composition and consider whether replacements are in order.

HP, like any big public company, needs to have board members who will think independently and provide effective oversight. Those members need to identify where greater diversity of background could be beneficial to this board -- right now, it's mostly made up people with investment and technology backgrounds.

Going forward, they also need to make sure that, through executive sessions (where they meet without the CEO or management present) and through the performance review process, they establish mechanisms to do a better job of making sure the next CEO is handling the power of the position well. Clearly, they also need to strongly consider whether it may not, in fact, be time to separate the Chair and CEO positions to help them establish their new authorities, responsibilities and oversight.

In choosing a new CEO, the board needs to examine what is working and what is broken within the HP culture. They need to make sure the next leader can foster the best in everyone there. Boosting earnings via acquisitions and cost cutting is not a sustainable business model and wouldn't have been one for the long term, with or without Hurd. As Fortune's Adam Lashinsky said, Hurd tended to think with his left brain, but not with his right. The next leader may need to be someone who can balance years of that strategy out.

What HP needs now is a humble builder who is interested in the corporation as a team sport, one who can restore morale and a sense of real purpose to HP. If they choose well in a successor and work on themselves, there is every chance the HP board will see a new HP arise, one that is better off than the current company. If they do it right, this harassing episode will be a mere blip and the potential to exceed the stock price heights reached during Fiorina's tenure will indeed be realized by HP's investors.

How Mark Hurd's consigliere turned against him