Housing quagmire: Is it time to remove relief? 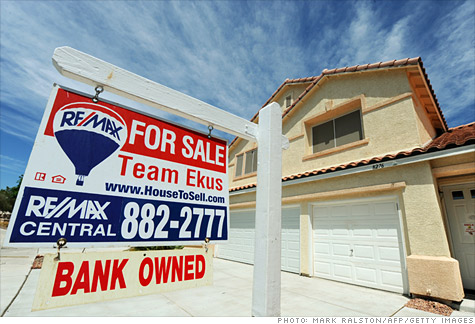 FORTUNE -- For the growing number of struggling homeowners in this country, more help is on the way. Additional aid from the federal government will begin making its way to them next month -- one program would help qualified homeowners refinance their mortgages after seeing their property values fall below the amount they owe, and the other includes another round of funding to help the unemployed or underemployed with their payments.

It's easy to see the need for such programs. Theoretically, they keep people in their homes and bring some stability to the fragile housing market. But the plethora of programs announced since the housing crisis started have largely been failures, suggesting that any effort to fight foreclosures and boost home sales is going to be a futile one.

Home prices have shown few signs of sustained recovery. While the S&P/Case-Shiller Home Price Index showed a 1% rise in June from May -- its third consecutive monthly increase -- the index's committee chairman at S&P warns that it's nothing to get too excited about as other more recent data on home sales and mortgages point to fewer gains ahead. Purchases of new homes in July fell 12.4% from the previous month to an annual pace of 276,000, the weakest since data began in 1963, according to the U.S Commerce Department.

Not even record low mortgages rates have boosted home sales or enticed a debt-weary public. Of course, this doesn't seem much of a shocker. Experts say home prices - which have fallen by more than 30% since 2006 -- are still inflated by 15% to 20% in many areas.

So why try to prop up prices any longer with federal programs? Is it time to simply let prices freefall, clearing the way for a genuine correction of the real estate market?

It's true that there are plenty of reasons to keep prices from falling lower. For one, a further decline would put more mortgages under water, adding to the litany of foreclosures and the worries for banks. And falling home prices would probably fan worries about deflation, which could send the overall economy into another tailspin -- further depressing everything from wages to sales to consumer confidence.

But evidence is mounting that government interference in the housing market might be doing the broader economy more harm than good, at least for the long-term. A government tax credit that expired in April to encourage homebuyers did help boost sales, but that proved only to be a temporary crutch. The Home Affordable Modification Program (HAMP) and the Home Affordable Refinance Program (HARP) may have slowed the rate of foreclosures some, but the programs have largely been criticized for failing to give homeowners permanent relief.

The few who are buying homes now might likely be overpaying for them. And many latching onto their properties are being convinced it's okay to continue trying to pay off a home they can barely afford -- echoes of the homeownership encouragement that led us into the bubble in the first place.

"Throughout this whole debate there's been this unwillingness to look at the data realistically," says Dean Baker, co-director of the Center for Economic and Policy Research, a Washington DC-based think tank. Baker is among many who predict home prices will fall further. He says that many recipients of government support will probably eventually lose their homes, and the federal funding that supported their temporary stay will mostly end up benefiting the banks that hold their mortgages.

"We're just putting more people in the trap," Baker says of government policies that basically encourage people to buy or stay in homes beyond their budget. "I don't feel good that we're finding more suckers."

Baker's solution: Let the market dictate where prices should fall. As for the many homeowners who would likely face foreclosure, give them the option to stay in their homes by letting them rent their homes for up to five years - a proposal similar to one introduced by Raul Grijalva, a Democratic congressman from Arizona.

Paving the way for a true market correction would not be easy to endure -- letting home prices free-fall is a scary thought. But is a gradual decline that could prolong real economic recovery really any easier to stomach?

Credit is finally available, but no one wants it