Teaching: No longer a recession-proof job 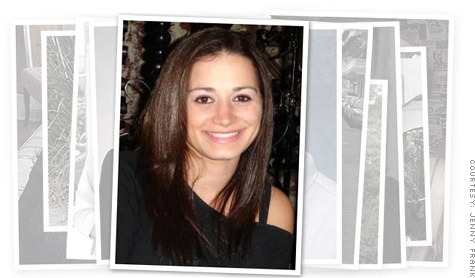 NEW YORK (CNNMoney.com) -- When Jenny Frank decided to become a teacher, she thought she was going into a profession that could weather any recession.

Before leaving her job as a recruiter for Goldman Sachs to enroll in Hunter College School of Education in early 2008, she asked her mother-in-law if she was making the right decision.

A long-time teacher, Frank's mother-in-law assured her that education was a solid choice. After all, teachers are always in demand.

"She said 'you'll never have to worry,'" recalled Frank, 30, who lives in New York City with her husband, an attorney. "You'll be set."

It hasn't quite turned out that way. After sending out hundreds of resumes over the past 17 months, Frank remains unemployed.

What she has learned is that teaching is no longer the stable career it once was. The recession -- and accompanying state fiscal woes -- are decimating the industry. Veteran teachers are being laid off, while those wishing to enter the profession are finding the classroom doors locked.

An estimated 135,000 teachers will be out of work this school year. Not even a recent $10 billion injection to education from Congress is expected to help that much.

Teachers who spend $1,000 on their students

The hiring of new teachers has slowed dramatically and fewer veteran educators are staying in the field for their entire careers, said Segun Eubanks, director of teacher quality at the National Education Association, which has 3.4 million members.

"Unless we see some level of turnaround in the economy, it's likely to get tougher for new teachers to find jobs and for long-term sustainability," Eubanks said.

A New Jersey native, Frank planned to become a lawyer. But after working as a paralegal upon her college graduation, she decided to follow in her father's footsteps and become a corporate recruiter. She preferred working with people more than paper files.

She became interested in teaching while working as a campus recruiter at Goldman Sachs. Her job was to train the business students who were interning for the summer at the Wall Street firm.

Not quite ready to take the leap, Frank took an education class at Rutgers University, her undergraduate alma mater. She loved it and decided to make the career switch. And though the economy was already shaky in January 2008, she wasn't worried about entering Hunter's master's program.

"I didn't think I'd have a tough time finding a job," she said. "Kids need an education."

The first hint of trouble came a month before her May 2009 graduation: New York City announced a hiring freeze on teachers. She soon discovered that other school districts had limited hiring.

Those that advertised positions had their pick of experienced teachers. One New Jersey school superintendent told her that he received 600 resumes for the job she wanted.

Every day, she sits in front of the computer and scans job boards and classified ads or networks through online sites such as LinkedIn. She also asks her friends and family to put her in touch with anyone working in the profession.

Since graduation, she's tried to further her skills and increase her marketability.

During the last school year, Frank worked as a teacher's assistant in a first-grade class in a Manhattan public school. She said she learned a lot from the part-time post, which entailed working with students who needed extra help, meeting with parents and supervising the children during recess and lunch.

"I figured I'd get my feet wet for a year and then get into the system," said Frank, who also tutored and babysat to boost her income. "But it didn't work out that way."

This year, she's applied to be a substitute teacher at the same school, figuring she'll learn more by leading a classroom. She recently spent a day dropping off resumes with principals at nearby schools.

Because school has already started, there's little chance of her securing a post for this school year. But she's not yet ready to abandon the profession. She is considering taking classes to get certified to teach in gifted and talented programs, which will increase the number of jobs to which she can apply.

And though she's gotten calls for recruiting jobs, she's not yet ready to jump back into the private sector -- a step she says she won't do unless she's 100% committed to a career in the field. Of course, she doesn't even know if she could land a corporate job after being out of the field for more than two years.