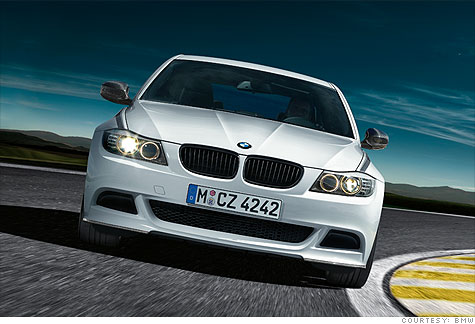 NEW YORK (CNNMoney.com) -- BMW of North America announced a recall Tuesday of more than 150,000 vehicles because of potential problems with their fuel pumps.

BMW said the problem is specific to vehicles with twin-turbo inline six-cylinder engines with the High Pressure Injection direct fuel injection system. The high-pressure fuel pumps for these vehicles run the risk of failure, BMW said.

The company said that "symptoms include long-crank engine starting times along with the illumination of the 'service engine soon' light. In certain cases, the driver may experience reduced engine performance in a safe mode accompanied by a tone and illumination of the 'engine malfunction' light."

BMW also announced a separate recall of about 20,800 MY 2008 X5 Sports Activity Vehicles. These vehicles will also need a new low-pressure fuel pump, the company said.

Honda recalling near half a million cars